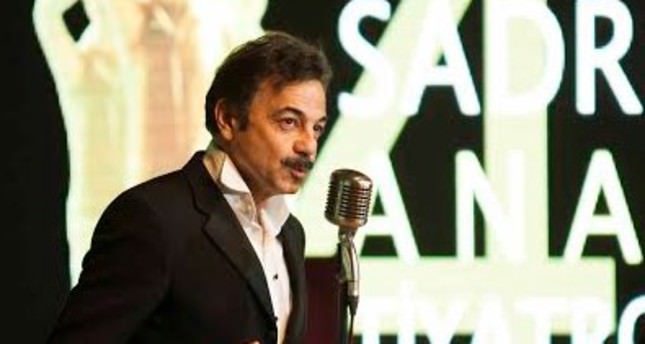 by Daily Sabah May 03, 2014 12:00 am
ISTANBUL — The winners of the 19th Sadri Alışık Theater and Cinema Awards were announced and will be presented on May 5 during a ceremony in the Atilla İlhan Hall at the Beşiktaş Mustafa Kemal Center (MKM). According to an official statement, Ali Atay won the Ayhan Işık Special Award for his performance in "Sen Aydınlatırsın Geceyi" (You Lighten the Night). Young actor Aras Bulut İynemli will receive the Ekrem Bora Promising Actor Award for his role in "Tamam mıyız?" (Deal?). Celebrating its 100th anniversary, the Istanbul Metropolitan Municipality City Theater will be presented with the Centenary Veteran Award. Under the leadership of Turkish director Erden Kıral, the Cinema Selection Committee's Honorary Award will be given to Şerif Gönen and Kartal Tibet, veteran actors of Turkish cinema. Ali Poyarazoğlu won the Honorary Award of the Sadri Alışık Theater Selection Committee for his longtime service to theater and his recent spectacular performance in "Kaplumbağa" (The Turtle). Honorary President of the Sadri Alışık Awards, Çolpan İlhan, expressed her happiness at seeing the success of the young actors.