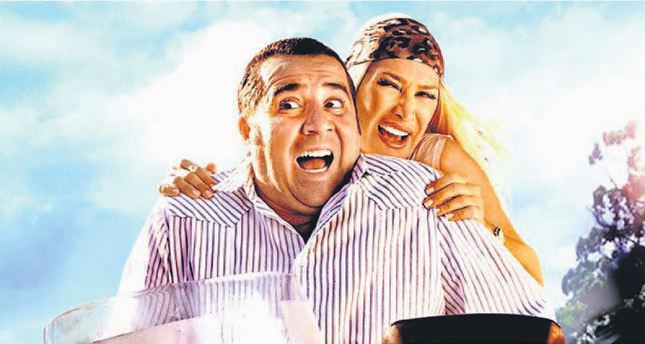 by Daily Sabah May 06, 2014 12:00 am
ISTANBUL — Turkish films drew an audience of more than 28 million in the first four months of the year, with the box office grossing almost TL 300 million. All three top films were Turkish comedies According to Box Office Turkey statistics, there were 36.9 million moviegoers in 2009, while the number rose to 50.29 million last year.

After the screening of "Recep İvedik 4" and "Eyvah Eyvah," the two most popular Turkish films, the number of viewers increased 29 percent to 28.8 million people. The Turkish film industry closed the last year's season with a box office gross of TL 54.34 million. The current box office return is TL 292.64 million. Over 1.64 million people saw "Recep İvedik 4" starring Şahan Gökbakar in its first three days in movie theaters. It was become the most-watched film in its first week with 2.86 million in the audience.

Togan Gökbakar's "Recep İvedik 4" has been recognized as the most popular film since 1989, with 7.15 million viewers. The film received a box office gross of TL 70.69 million. The second most popular film was "Eyvah Eyvah 3" starring Ata Demirer and Demet Akbağ. The film was seen by 3.406 million people. Turkish films were the most-watched films in the first three months of this year but foreign films were on the top of the list in April.

In the first three weeks of this month, "Noah: The Great Flood" topped the charts, along with the "The Amazing Spider-Man 2"
last week.