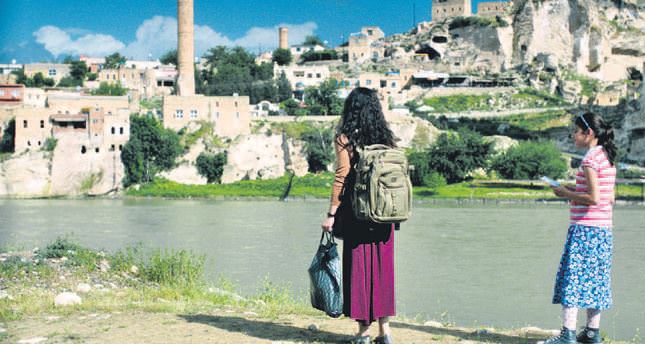 It will also be screened at the fourth Pomegranate Film Festival in Gaziantep, held between May 15 and 19. The film will premier in Africa at the Tunisia Med Memories Festival between May 6 and 10.

This is the first feature film from Soysal, who won many awards with his short films.

The film revolves around three characters alienated from modern times and who gave up on their dreams.

Yusuf and Bünyamin, two brothers living in Hasankeyf, located in the Batman province of Turkey, are tied to each other through tragedy. Bünyamin accidentally caused the death of his brother Yusuf 's first love. Regret and remorse take its toll, along with Yusuf 's understanding and compassion. In the end, Bünyamin decides to leave Hasankeyf and never come back to face what he left behind.
In order to feel better, to feel redeemed and forget the past, he decides to devote himself to healing other people's pain through kindness.
He travels to Bosnia to heal the wounds of those who suffered the Bosnian War.

His remorse surfaces in his dreams and he joins an organization trying to find mass graves. In every lost grave he searches for his youth and innocence.
One day he meets Zrinka on the famous Mostar Bridge, a lady who is about to jump to her death. Zrinka, who lost all her relatives and friends in the war, is a psychologist and tries to help Bünyamin through his pain.

Their relationship soon evolves into affection and compassion through poetry. Zrinka starts appearing in Bünyamin's dreams, turning into the long-dead first love of Yusuf to guide him. When she returns to Sarejevo, she is informed that Bünyamin had a nervous breakdown, acting as if he was his brother.

After he heals, he returns to Hasankeyf to face his brother and his past. Zrinka, who hears nothing from him, travels only to unravel more mysteries about Bünyamin. The characters all meet in Hasankeyf, where reality and dreams blend together, dragging them into yet another tragedy. Through poetic and surreal images and exquisite cinematography, the film adds a new language to Turkish cinema. Completed in four years, shootings took place in Mostar, Sarajevo, Malabadi and Hasankeyf.