A mother's journey to hope: Philomena 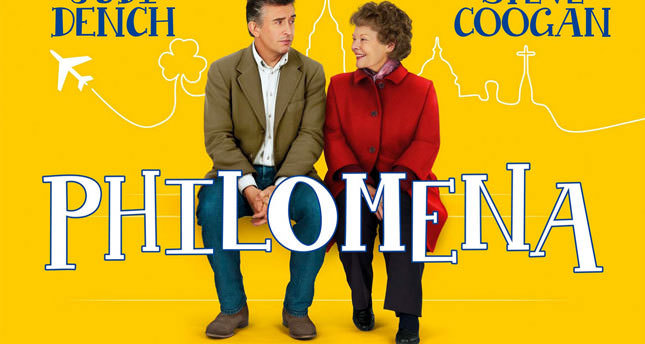 by Özkan Binol May 10, 2014 12:00 am
Famous Turkish author Sabahattin Ali once said: "On my most beautiful day, an unreasonable sorrow surrounded me. Throughout my life, traces of pain never once left me." Although Ali's lines exactly express the feelings of Philomena Lee of Ireland, her sorrow is not groundless. She had been forced to give up her son at a time when the children of unmarried mothers were regarded as the "the product of sin." Her missing son tears at her heart. Stirring moviegoers with "Dangerous Liaisons" and coming to the fore with "Queen," British director Stephen Frears recently directed one of his most accomplished films, "Philomena." In 1952, an Irish teenager named Philomena became pregnant out of wedlock and was sent to a Roman Catholic convent in Roscrea. She was forced to spend three years in the convent, slaving in the laundries while also caring for her son, Anthony. She was only allowed to see her son a few hours each day. Then, one day, a rich American family adopted her son. She went crazy, but there was nothing she could do.

Later, her daughter persuaded Philomena to find her son. Philomena spent 50 years searching for him, going on a journey to hope. Her daughter introduced journalist Martin Sixsmith to Philomena. When Martin heard her shocking story, he decided to help her. He was even asked to write a story about Philomena. However, the two did not alike each other. While Philomena was a humble woman, Martin was an arrogant, angry intellectual.

They began their search by trying one more time at the convent. The nuns were polite but unhelpful. They looked like they were keeping a secret. Strictly against adoption, Sixsmith was frustrated about the nuns' attitude. Martin and Philomena went head-to-head at times with Sixsmith being the non-believer. Philomena, however, never blamed the church for its decisions. As Philomena confronts her dark past, she discovers the true meaning of her faith in God. Philomena's past and future are nested within each other and depicted in a parallel way. She was the victim of a series of nightmares from her first sexual experience to her painful days in Roscrea. Even if she was getting old, her journey into her soul never ended. There was always something missing in her heart. The nuns never told Philomena her son was also searching for her. Adapted from a true story, the film makes you cry and smile at the same time. Philomena reveals the life of other women sharing the same tragedy.

On the one hand, there were many young poor women banished by their families and denounced for the "sin" of having a baby out of wedlock. On the other, there are merciless nuns calling them "fallen women." After they gave birth in unsanitary conditions, churches sold the babies to wealthy families without the mothers' consent. Since sexual experience is forbidden for women, they had to pay for their transgressions through this cruel punishment. Martin's investigation came to a dead end in Ireland, and he invited Philomena to the U.S. to search for Anthony. Their connection turned into a mother-son relationship. You are probably wondering whether Philomena found her son at the end. So as to not spoil the surprise of the film, I'll just give a hint through what Philomena says: "When I found my son, I lost him once more."