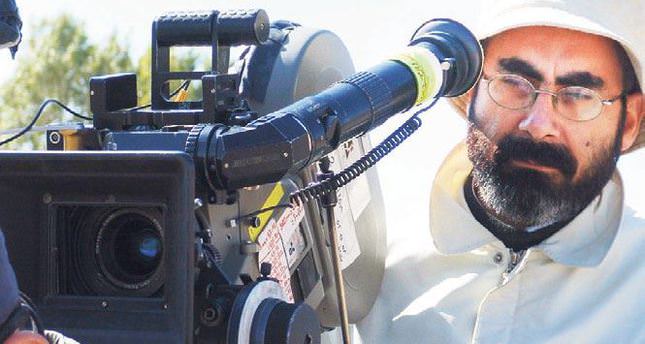 by Daily Sabah May 12, 2014 12:00 am
A series of rendezvous continue at Istanbul Modern Cinema with Turkish director Derviş Zaim, highlighting the new perspective he has brought to Turkish cinema The "Rendezvous" series at Istanbul Modern Cinema hosts directors who stand out for both their artistic identity and unique approach to current Turkish cinema. The multi-award winning director Derviş Zaim will be the focus of the new series starting on May 15. Along with screenings of his films, the program will feature discussions with the director and film critics.

His last film "Balık" (Fish), which he wrote, directed and produced, features Bülent İnal and Sanem Çelik who also starred in "Filler ve Çimenler." Focusing on the relationship between humans and nature, the movie was shot in Gölyazı by the Uluabat Lake in Bursa and tells the story of a fishing family in a small village. Olkan Özyurt of Sabah newspaper and Müge Turan from Istanbul Modern Cinema will be chatting to the director on the museum's collection floor in a public panel discussion on May 15. Aside from the screenings of his feature films, Zaim's documentary "Paralel Yolculuklar" (Parallel Journeys), codirected by Greek Cypriot director Panicos Chrysanthou and focusing on the experiences and legacy of the 1974 war in Cyprus, will be screened for the first time in Turkey with special presentations by members of SİYAD (the Turkish Film Critics Association) such as Olkan Özyurt, Sevin Okyay, Janet Barış, Burçin Yalçın ve Elif Tunca. Cast members who took part in Zaim's films such as Mehmet Ali Nuroğlu, Mustafa Uğurlu and Hazar Ergüçlü, will also participate in the program.