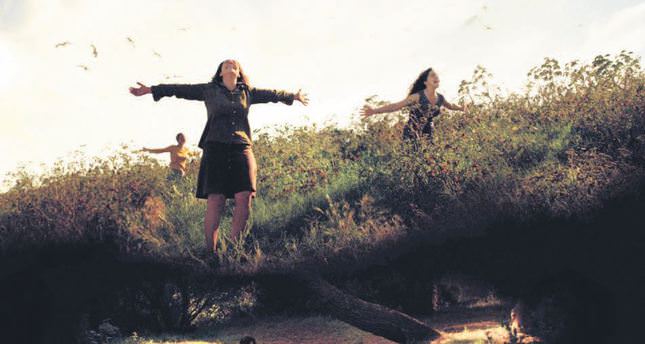 ISTANBUL — The second Red Tulip Festival will be held from May 25 and 31 in Rotterdam by the Cultural Foundation for Netherlands and Turkey. Speaking during the press conference at the Dutch Consulate in Istanbul, Consul General Schuddeboom commemorated the victims of Tuesday's tragic mine disaster and extended his condolences through Twitter. "The Netherlands shares in Turkey's mourning," he wrote. Schuddeboom said showing Turkish films in the Netherlands helps build bridges between the two nations, adding that the festival reflects the beauty of Turkish films. Official relations between the Netherlands and Turkey date back 400 years but the consul general emphasized that there are still many Dutch people unaware of the richness of Turkish culture. Ahmet Hizarcı, the board member of the Cultural Foundation for Netherlands and Turkey, said the festival will bigger this year than in the past to mark the centennial of Turkish cinema and the 50th year of Turkish migration to Europe. Directed by Semra Güzel Korver, the TRT production documentary "Alamanya Alamanya" (Germany Germany) will be featured at the festival.

The opening film will be "Sen Aydınlatırsın Geceyi" (Thou Gild'st the Night) by Onur Ünlü. Thirty- six Turkish feature-length documentary and short films will be presented during the festival. The film competition jury comprises director Tayfun Pirselimoğlu, author Yekta Kopan, film industrialist Bob Bleute, journalist Saja Koetsier and photographer Diana Blok. Apart from the best film and director awards, the jury will hand out the Netherlands Turkey Film Critics Award for the first time. The selection this year consists of 32 Turkish films, including feature-length films along with documentaries and short films. Cannes-winning director Nuri Bilge Ceylan and legendary Turkish actress Fatma Girik will attend the opening ceremony of the 2nd Red Tulip Film Festival on May 25.

Ceylan, who is again competing at the Cannes film festival, will also join the festival with two films, "Bir Zamanlar Anadolu'da" (Once Upon A Time in Anatolia) and "İklimler" (Climates) and on May 27, he will hold a Masterclass with his fans and cinema lovers in Rotterdam.
While Ceylan will be presented the Red Tulip Honorary Award, the Lifetime Achievement Award will go to renowned actress Fatma Girik.
Last Update: May 22, 2014 12:20 am
RELATED TOPICS