Tragedy of Tatars on screen 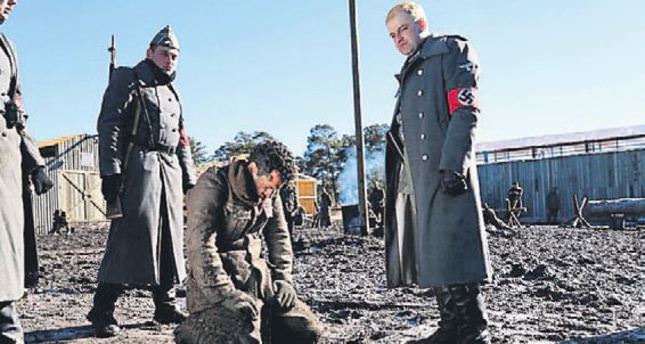 by AA May 16, 2014 12:00 am
ESKISEHIR — As a part of the "Project of Lasting Works" the gala screening of "Kırımlı-Korkunç Yıllar" (Crimean Devastating Years) will be held today at 08:00 p.m. Starring Selma Ergeç and Murat Yıldırım, the film was adopted from the first novel by Cengiz Dağcı published in 1958. Crimean Tatar author Dağcı was recognized throughout his career for his works reflecting the deep suffering of the Crimean Tatars. He passed away in 2011.

His novel "Crimean Devastating Years" deals with the tragedy of Tatar captives kept in the Nazi concentration camps during World War II. The film project was conducted by senior historian and author Avni Özgürel.

The scriptwriters were Atilla and Nil Ünsal. Directed by Burak Cem Arlıel, filming kicked off on Jan. 24, in Afyon and on the Aladağ Plateau in Bolu. "Kırımlı-Korkunç Yıllar" focuses on the real-life story of a courageous patriot devoted to his country and freedom. "The coincidences are turned into options and options are turned into opportunities during a hazardous journey of a man standing on his feet without hesitance and losing hope," said Arlıel. Yıldırım also said he took a particular interest in scenes depicting the captivity of Crimean people.