The portrait of the artist as a selfish beast 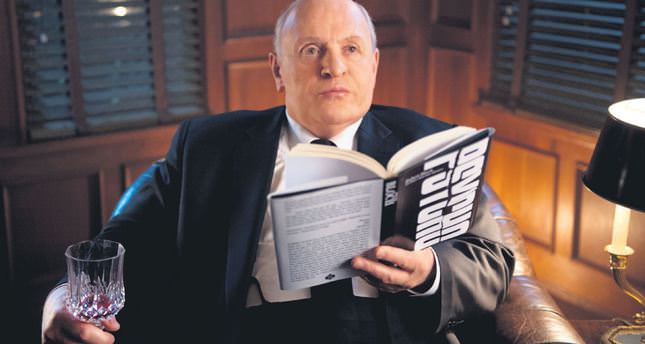 by Kaya Genç May 17, 2014 12:00 am
Film directors love making biopics about artists and writers in which they carefully portray them as egomaniacs, selfish monsters and extremely irritating individuals. "The Invisible Woman," Ralph Fiennes' new film, is the latest example of this trend. Fiennes plays Charles Dickens, perhaps the greatest of all British novelists, whose character had often been portrayed in biographies as being perfect and spotless.

Fiennes's film is the opposite of such hagiographic works. Owner of a very large artistic ego, Dickens soullessly destroys the life of Ellen Ternan, a young actress, before our eyes. Adapted from Claire Tomalin's biography ("Dickens: A Life") by the playwright and screenwriter Abi Morgan, the film shows Dickens at a point of emotional crisis in his life. Bored with his wife, Dickens takes Ternan as his mistress and not knowing what do with her, decides to send the young girl to a distant country house where she can conveniently disappear from the eyes of the public. "The portrait of the artist as a selfish beast" would be a good title for "The Invisible Woman" and the film genre to which it belongs. In the last two decades, I have watched so many of those portraits that I instinctively expect a nice dose of artist bashing whenever I begin to watch a new biopic of a respected artist. One of the best examples of these films is James Ivory's "Surviving Picasso," which opened the flood gates to attacks against those selfish beasts we call artists.

Ivory portrayed the great modernist painter as a nasty womanizer. When Picasso's caprices, artistic airs and utter disregard for the feelings of his loved ones were revealed to the public through Ivory's brilliant cinematography, there was outrage in artistic circles. Picasso admirers ran to the defense of their hero, and Ivory was accused of torturing a man who could not respond to the allegations made against him. Although "The Invisible Woman" paints a less damaging portrait of its subject matter, Fiennes still seems to have enjoyed playing the role of an iconoclast, placing doubts about the writer's character into the minds of Dickens fans.

The ideal subject for such films is a successful man with an indisputable artistic reputation. If the subject is dead, so much the better. After all, libel laws make it problematic to expose the faults of individuals who are still among us. But for the iconoclast to achieve her aim, the subject in question must also be a relevant figure.

To draw a Turkish parallel, a biopic about Ahmet Hamdi Tanpinar would do well, since the author of "The Time Regulation Institute" is quite popular nowadays. In contrast, attempting to destroy the reputation of a little-read writer, like Ahmet Rasim, would most probably fall on deaf ears.

In recent years, Alfred Hitchcock and Truman Capote have been portrayed as irritating, disturbed and eccentric individuals, thanks to new biopics using the conventions of this genre. Anthony Hopkins (he was cast as Picasso in Ivory's film) looked scarier than the villains of Hitchcock's scariest films in Sacha Gervasi's "Hitchcock." In an article for The New York Times, Manohla Dargis compared Hopkins' Hitchcock to "Norman Bates, that nervous pretty boy with mommy issues and a bobbing Adam's apple."

The British actor Toby Jones went one step further in his own portrayal of the master in another biopic, "The Girl," which focused on Hitchcock's physical and psychological harassment of the actress Tippi Hedren. Julian Jarrold's film portrayed its subject as a sophisticated rapist and sociopath. The performance of Jones in the lead role was reminiscent of his portrayal of Truman Capote in "Infamous," a film about the great writer's relationship with two murderers while writing his chilling narrative of murder, "In Cold Blood."
Fiennes' Dickens is perhaps the most sympathetic portrayal in this list of selfish beasts. Dickens's greatest mistake, according to Fiennes, was to try to keep the relationship with his object of desire from the public. A worker at a blacking factory during his childhood, Dickens had devoted his adult life to creating a public image of himself as a benevolent writer, and he did his best to protect this image. Catherine Dickens, the wife of the novelist, tells Ternan that it is his reading public that Dickens loves the most.

Indeed, Ternan is attracted to Dickens's fame, which paradoxically also makes it difficult for Dickens to publicly declare his love for her. Fiennes reminds us how as readers of a famous author's work we become part of an invisible power. Her public has great influence over the artist who ostensibly is the master of her fate.

Perhaps what these biopics tell us is that the reasons we love great artists and authors are exactly the things that make them imperfect individuals. Hitchcock had the mind of a psychopath: Good for us who watch his films with pleasure, and not so good for those who had to live with him. One had to survive Picasso, as if he was some sort of a disease. Capote was a creepy guy as well as a master prose stylist. And Dickens had used all the privileges that came with being a famous, wealthy and influential Victorian. Of course, the irony is that yet unborn novelists, scriptwriters and directors will one day scrutinize those filmmakers who are presently doing the scrutinizing for our viewing pleasure.
RELATED TOPICS