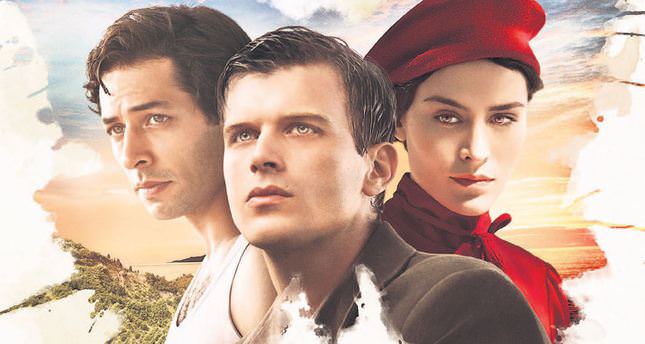 Television producers have turned their attention to Hollywood movies and their latest discovery is Joel and Ethan Coen's 1996 film 'Fargo.' The trend has also proved influential in Turkey: 'Kelebeğin Rüyası' will soon be transformed into a mini series

Revenge is a dish best served cold and if one is to judge by the way television avenges cinema, that dish can be both cold and delicious. After holding a decades-long inferiority complex against herself, the television as a medium has become so successful in recent years that its triumph over cinema is now an obvious one. And yet, television producers want to make their triumph clearer, so they are now turning their attention to great Hollywood films. It is a way of saying "This is how you tell this story, sister!" to Hollywood and to the audiences as well.

A quick look at the list of great films that have recently been made into successful television series is enough to show how this had become the new trend in the U.S. I could never imagine someone doing a remake of Roman Polanski's great 1968 film "Rosemary's Baby" (Michael Bay attempted to produce one in 2008 without success) but Agnieszka Holland did exactly that with her mini series "Rosemary's Baby."

A month earlier, FX aired the pilot episode of "Fargo," a television series adapted from Joel and Ethan Coen's film that had a cultish status since it was released in 1996. The Coen brothers have executive produced the adaptation where Martin Freeman and Billy Bob Thornton are great in their roles (Freeman plays a repressed psychopath, and Bob Thornton plays a self-confident, cool murderer). I wonder what the cast of the original film (Frances McDormand, Steve Buscemi, Peter Stormare and William H. Macy) makes of this new production. Probably they are jealous of its brilliant script and impressive cinematography.

NBC's "Hannibal" is another adaptation which I initially approached with suspicion, having been a big fan of Doctor Lecter since my teenage years. Thomas Harris' books have been adapted into films by superb directors (Michael Mann, Jonathan Demme, Ridley Scott), so how on earth could a director working for television come up with something better? Well, it happened last year and I was simply blown away by NBC's adaptation which is screened in Turkey on CNBC-e. Doctor Lecter's well-known appetite for human liver (he prefers to eat it with red wine) and human brain have been transformed into the main motif of "Hannibal." The series sets a new standard for violence on television (the penultimate episode showed the actor Michael Pitt eating his own face, after Hannibal forced psychedelic compounds into his system) and the series might have made Ridley Scott jealous with its level of graphic violence. (Scott had directed that famous scene where Anthony Hopkins feeds Ray Liotta his last meal, i.e., the latter's brain, in his 2001 film "Hannibal.") Other examples of this new trend includes the CW's "Nikita," adapted from Luc Besson's 1990 film of the same name.

Last week, after spending hours watching those adaptations I began to wonder whether Turkish producers were aware of this phenomenon. So I asked Ranini, a popular tv blogger, about her take. She described to me how Turkish producers had discovered this trend long before their colleagues in Hollywood. "Producers who had worked for Yeşilçam movies have started adapting their own films to television years ago," she said. "Metin Erksan's 'Acı Hayat', for example, had been adapted twice." Kenan İmirzalıoğlu and Selin Demiratar played the lead roles in the 2005 production; one year later, the same film was adapted as "Ihlamurlar Altında" with Bülent İnal and Tuba Büyüküstün in the lead roles.

Ranini listed a number of television series which had been adapted from classic Turkish films: "Ezo Gelin," "Dila Hanım," "Bitmeyen Şarkı," "Gurbet Kuşları," "Fatmagül'ün Suçu Ne?," "İffet," "Samanyolu" and "Al Yazmalım" are all part of this trend. Some of those series were successful, while others like "Fatih" failed to attract interest.

Yılmaz Erdoğan's 2013 film "The Butterfly's Dream" will be made into a mini series and television producers have been trying to adapt Yılmaz Güney's classic films into television series. "I would love to see Erdoğan's 'Organize İşler' as a television series," Ranini said. "As for the producer who wants to get the highest ratings, I guess 'Recep İvedik' would be the obvious choice."

My personal wish list for Turkish film adaptations includes Zeki Demirkubuz's "Masumiyet" and Reha Erdem's "Kaç Para Kaç." Merve Kayan and Zeynep Dadak's 2013 film "The Blue Wave" could also make a great television series. And if you want to know whether Onur Ünlü's "İtirazım Var" would work on television with its iconic detective-cum-preacher protagonist, just look at "Sherlock." "Most television adaptations are based on films adapted from successful novels," Ranini said. "If you have a decent novel then you can turn it into a film or a television series." Perhaps television producers should be grateful to novelists for giving them the opportunity to get their revenge from film makers who have been accused by writers of killing the art of the novel. Ironically, those new television series resemble serialized novels of the 19th century. Revenge is indeed a dish best served cold.
Last Update: May 28, 2014 4:32 pm
RELATED TOPICS