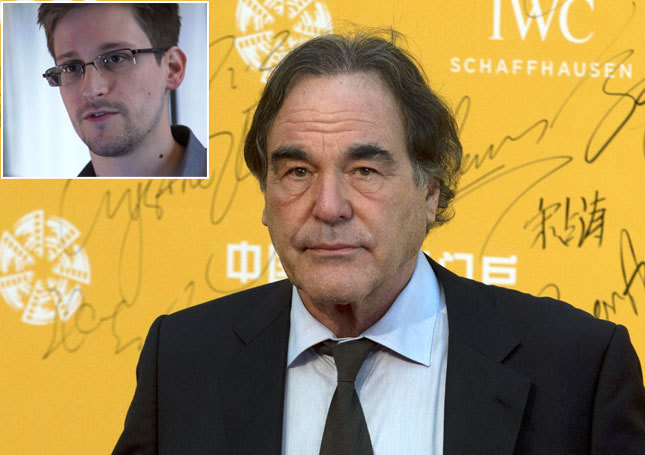 by Associated Press Jun 03, 2014 12:00 am
NEW YORK — Oliver Stone will write and direct a film about Edward Snowden, one of two high-profile films in the works about the National Security Agency leaker.

Stone announced Monday that he plans to adapt "The Snowden Files: The Inside Story of the World's Most Wanted Man," a book by Guardian journalist Luke Harding. The project pairs one of cinema's most controversial directors with one of the most explosive news events in recent years one that is ongoing.

"This is one of the greatest stories of our time," Stone said in a statement. He added that making such a film is "a real challenge."

He will have some deep-pocketed competition. Sony Pictures last month purchased the big-screen rights to Glenn Greenwald's "No Place to Hide: Edward Snowden, the NSA and the U.S. Surveillance State." The film is being produced by James Bond producers Barbara Broccoli and Michael G. Wilson.

Stone has advocated for the former NSA contract systems analyst, who is living in Russia on a temporary grant of asylum after leaking massive amounts of NSA documents to the media.

"To me, Snowden is a hero because he revealed secrets that we should all know, that the United States has repeatedly violated the Fourth Amendment," Stone said in a press conference at the Karlovy Vary Film Festival in the Czech Republic.
Last Update: Jun 03, 2014 9:37 pm
RELATED TOPICS