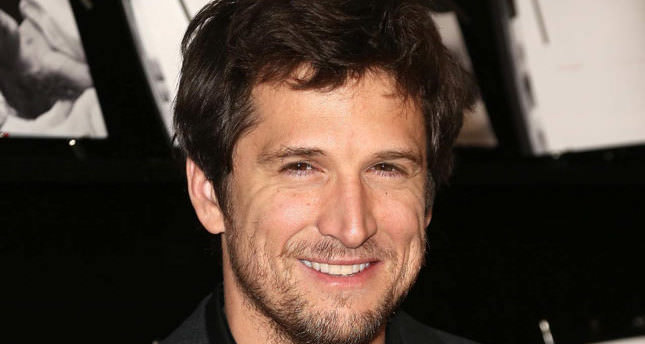 by Özkan Binol Jun 07, 2014 12:00 am
Heartthrob actor and filmmaker Guillaume Canet makes his English-language debut with French-American crime thriller "Blood Ties." The drama centers on two very different brothers on opposite sides of the law. Chris is an unmerciful criminal, while Frank is a New York cop. French director Canet closely monitors their restless conflict, putting the question as to whether everything can be excused between brothers.

Set in New York, "Blood Ties" is admittedly a successful example of "film noir," the cinematic term used to describe commendable Hollywood crime dramas. The film features not only a Hollywood gangster but also a detective thriller embedded in an urban melodrama.
Canet introduces a dark and pessimistic underground world where evil-minded men who laugh all the way to the bank are respected and passion and violence is canonized.

Although the story seems to be centered on men in films noir, women are the main protagonists. The film features three charming "femme fatales." Monica, a streetwalker, is the ex-wife of Chris. He starts a new relationship with Natalie. The most seductive character is Vanessa,sealing the fate of Frank. These women might appear to play second fiddle, yet they successfully establish the film's dramatic basis.

Before delving into its underground world, let's have look at the synopsis: The story is set in Brooklyn in 1974. Fifty-year old Chris is released on good behavior. His flourishing young brother Frank is waiting for him outside the prison gate.

Chris and Frank have always been different from each other. Oddly enough, their father Leon cares for Chris. Frank is willing to change his brother. He shares his home with him, finds him a job and helps him to meet Monica and his children.

However, Chris returns to a life of crime rather than make a clean break. Frank is determined to break ties with Chris, but it is already too late. The brothers' destiny will be bound forever.

This thriller drama depicts an interesting cop-criminal brother relationship. Chris represents "crime," while Frank is the symbol of "justice." Chris appears to be a permanent member of the losers' club and an anti-hero. On the other side, Frank is the good one. It looks impossible for these two opposite characters to live in peace. Despite their troubles, they are deeply connected to each other and feel the need to do soul-searching, extending back to their childhood.

This moving film introduces well-structured characters and story, successfully reflecting the '70s style. Everything from costumes, hairstyle and nightclubs to cars represent those times. Besides, Canet demonstrates people's loneliness and despair in connection with the Vietnam Syndrome. Bear in mind, "Taxi Driver" brought a noir attitude to the U.S. domestic controversy over the Vietnam War in 1974. Film noir typically displays similar plots with unhappy endings.

It is a different experience to watch an American crime epic by a French director for those interested in films noir. You will definitely
find something worthwhile.
RELATED TOPICS