Turkish movie buffs want to do away with intermissions 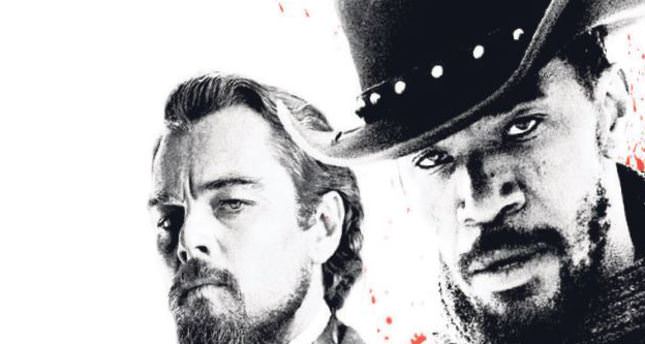 Almost all film theaters in Turkey have intermissions in film screenings, and Turkish film critics express their frustration with them. But some among their foreign colleagues take a different stance

I belong to a generation of movie buffs who grew up with the hope that one day in the future there would be no intermissions in film theaters. The 10-minute break obviously got in the way of enjoying films. They cut crucial scenes in two and destroyed the illusion of living in an alternate world. It was true that in the past films like "2001" or "Barry Lyndon" had special intermission sequences placed inside them, giving the audience a chance to think about the first half of the film. But the real purpose of the intermissions was clear: They were preserved so as to allow theater owners to sell snacks and candy to audiences. Nothing could be more wrong than to turn an artistic experience into an opportunity to make more profits.

But somehow intermissions stood the test of time, and as my generation of movie buffs reached middle age (you can call middle age an intermission between one's youth and old age), they are still with us. With the exception of special events, like the Istanbul Film Festival or "Baska Sinema" screenings in a handful of movie theaters in Istanbul, Ankara, Bursa and Eskisehir (see www.baskasinema.com for details), there is almost no chance of seeing films in theaters without intermissions.

When I asked the film critic Selin Gürel about her take, she pointed to how intermissions destroyed the pleasure of watching films. In the old times one could tell the coming of an intermission, thanks to special little marks on the film. As digital projection systems became more popular, however, intermissions now catch the audiences unawares. "Suddenly the image freezes and the lights are turned on. ... The intermission is a nightmare," Gürel said. "It forcefully pulls the viewer from the world of a film to that of the reality."

According to film critic Esin Küçüktepepınar who headed the FIPRESCI jury in this year's Cannes Film Festival, intermissions are nostalgic things that belong to an era when cinema was considered little more than a form of entertainment. "While the projectionist changed the reels, the theater personnel would sell soda and snacks to the audiences. I think it was kind of a brilliant idea. But modern technology made the intermission obsolete. I see the feature film as a whole; splitting it into two halves with a 10-minute break in the middle, is unnecessary. You almost never see intermissions in other countries."

The film critic Kerem Akça agreed with Küçüktepepınar. "I prefer to watch a film uninterrupted; it must be screened as an undivided whole," he said. "An intermission in the viewing experience breaks our concentration. But one should also consider the demands of audiences who go to see commercial movies. They may want to smoke, or need to use the toilet or wish to buy some popcorn. Audience participation plays a big role in cinema, so we should take that into consideration as well."

Indeed, while many movie buffs here demand an end to the habit, some in the West are asking for intermissions to be brought back to film theaters.

In February last year, the film critic Scott Jordan Harris wrote a blog post for the Daily Telegraph website. He entitled his piece simply and provocatively: "Spare our bladders and buttocks -- bring back intermissions." Harris pointed to how big studio films like "Django Unchained," "The Hobbit" and "Lincoln" have "enormous, buttock-numbing, bladderbursting" lengths. Films are simply too long, and when you think of the time we spend watching adverts and trailers before even the films begin, the experience of watching movies at theaters are becoming increasingly more difficult. In classic Hollywood films like "Lawrence of Arabia" or "The Godfather Part II," intermissions made the experience of seeing movies more enjoyable, while today they are almost nonexistent in film theaters in Europe and the US. "Intermissions are marvelous," Harris wrote: "Standing up, exercising the legs, visiting the lavatory, resting the eyes and the ears, checking with a friend whether you're supposed to think the spy with the limp is a double or triple agent. ... These are some of film-goers' favorite activities. And yet they are pleasures denied to us by modern filmmakers."

Meanwhile in India, home to the Bollywood industry, intermissions have become a crucial part of the cinema experience. Garima Sharma wrote a piece in the Times of India entitled "Do we need the intermission?" where she quoted film student Anandita Verma about the role intermissions play in Bollywood films. "The interval separates the two emotional hyperboles of Bollywood movies and has become imperative for giving a break," Verma said. "For most people, going through so many emotions at one go becomes a fantastical experience, so a break brings them back to reality. Also, two parts make the storytelling easier and can hide the abruptness of the narrative."

In Turkish cinema we don't have a comparable tradition of splitting the emotions of films. And, at the end of the day, it is the theater owner's appetite to sell us snacks that really matters. Last month I found myself visiting the snack bar in a fancy new film theater in Istanbul. I spotted a delicious- looking cup of frozen yoghurt, and it was only when the second half of the film started that I realized how much I had paid for it. The yoghurt cost me more than the film ticket. As a movie buff who had spent his youth hating intermissions, I should have known better.
Last Update: Jun 08, 2014 3:29 pm
RELATED TOPICS