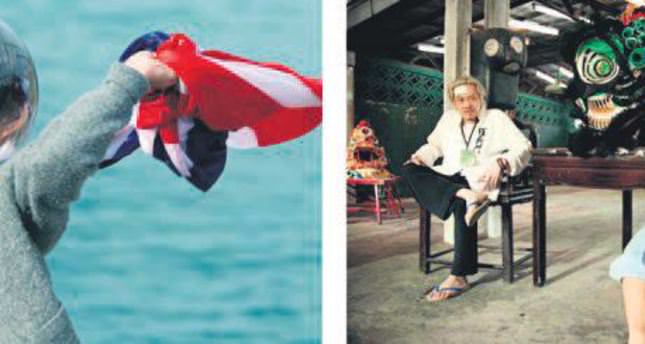 "Hong Kong Panorama," a selection of some of the best examples of recent Hong Kong movies brings Istanbul audiences a taste of the Far East

Since the 1970s, Hong Kong cinema has become one of the most creative and energetic film industries in the world, capturing the attention of the West as well as the East. It has ruled the Asian Market with various successful movies directed by acclaimed filmmakers including Wong Kar Wai, John Woo and Ann Hui. While the boom started with the kung fu films of Jackie Chan, followed by the Hong Kong New Wave, Hong Kong is able to produce anything from romantic comedies to thrillers, some of which are being screened at Istanbul Modern's "Hong Kong Panorama." The program, held in collaboration with the Hong Kong Economic and Trade Office and Istanbul Modern Cinema, opened on June 5 with "Black Coal Thin Ice," which won the Golden Bear at this year's Berlin International Film Festival.
Speaking before the screening, Drew Lai, from the Hong Kong Economic and Trade Office noted the importance they place on cinema as a way of promoting Hong Kong and the Cantonese Culture to the wider world. Some of the films that have already screened include Wong Jing's "The Last Tycoon" which was in the official selection of 2013 Hong Kong International Film Festival. "Love Me Not," which screened at many festivals including the 2013 Outfest Los Angeles LGBT Film Festival, tells the unusual love that emerges between a gay woman and a gay man, who are also childhood friends. "The Way We Dance" from 2013 is another films that is screened at Istanbul Modern. The romantic drama tells the up-and-down story of Fleur, a young ambitious dancer trying to make a name for herself in the tough industry.
The excitement continues with "Tales From the Dark, Part 1" and Wong Kar Wai's multi-award winning masterpiece "The Grandmaster" scheduled to be screened within the next couple of days.

Premiered at the New York Asian Film Festival in 2013, "Tales From The Dark Part 1," the film is the first in the horror series based on the anthology by Lilian Lee, the author of "Farewell My Concubine," a popular work in Hong Kong literature, featuring some of the most prominent actors of Hong Kong Cinema including Jeannie Chan and Kelly Chen. The film tells three different cautionary ghost stories based on Lee's short stories and each section is shut by a different director. "The Grandmaster," which tells the story of the life of legendary wing chung master Ip Man, who was also Bruce Lee's trainer, possibly the world's most famous martial arts actor. The film was nominated for two Oscars and won several Asian Film Awards. Wong Kar Wai's martial arts epic is one of the films not to be missed in the "Hong Kong Panorama" program. "Cold War" by Lok Man Leung and Sunny Luk are among the other films to be shown at the program, making it worth the visit to Istanbul Modern even on a sunny day. The thriller about corruption and political games has a heavyweight cast and won eight awards including Best Picture and Best Director in 2013 Hong Kong Film Awards.