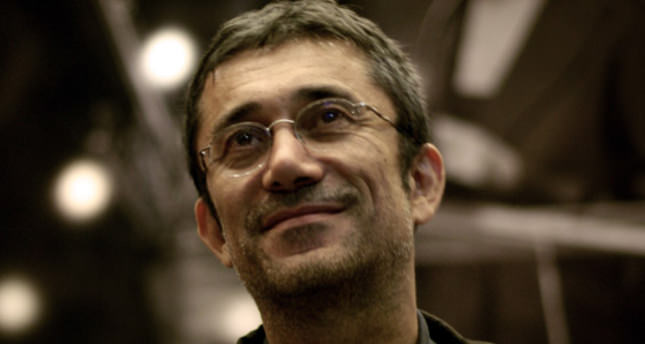 by Özkan Binol Jun 14, 2014 12:00 am
Nuri Bilge Ceylan is an auteurs who turned filmmaking into an art form with his critical attitude, minimalistic approach to both film and life and the film language created by his films.

He tells the story of "life" itself without adding anything to reality; life is depicted as it is, nothing more nothing less. He does not try to alter the truth or reproduce life in films and therefore, his films do not give unnecessary, optimistic messages. Ceylan simply tries to be realistic.

By adding rich details to otherwise ordinary stories, he presents the tragedy of human existence. Human nature is one of the main themes in Ceylan's films. In an interview he said, "I try to make sense of the puzzle that is the human nature along with the bigger picture the humans have to survive in," explaining what his cinema is about. This is why "loneliness" is one of the main characteristics of humans that constantly appears on screen when watching a Ceylan film.

He focuses on both the loneliness of individuals in crowds and in the universe, linking human nature to the cosmos. Details touch on the fact that all creatures, both humans and animals, have a common fate, a notion that appears frequently in his films. The core and the soul of his cinema is anything that is related to "humans."

Just like Nietzche's saying, "there are no facts only interpretations," Nuri Bilge Ceylan's creativity in how he portrays various themes is what distinguishes him from other filmmakers. With his simple, plain and literal narration, he has a poetic style. Mostly images help him tell his story; he doesn't need or use many words. He is the visual alchemist of cinema! Since he comes from a photography background, he benefits from the aesthetics of black and white photography.

Sometimes, the imagery, the cinematography, precedes the actual story itself. Ceylan's first attempt in the movie world was a short-film called "Koza" (Cacoon) back in 1995. This first work of his is a black and white short film shot apparently influenced by Tarkovski's cinema. His second film, "Kasaba" (the Small Town) produced in 1998, is the film where he steps into the world of filmmaking. His depiction of the country, the photographic expression and the quality of the film were all hints announcing that a new auteur was being born. "Mayıs Sıkıntısı" (Clouds of May) from 1999, is the film that made Ceylan a worldwide renowned name but of course, "Uzak" (Distant) in 2002 is when the whole world started taking his work seriously, marking a new peak for him.

Then, "İklimler" (Climates) of 1995, "Üç Maymun" (Three Monkeys) of 2008, "Bir Zamanlar Anadolu'da" (Once upon a time in Anatolia), a blockbuster in 2011 and "Kış Uykusu" (Winter Sleep) of 2014, were all critically acclaimed films all around the world, being recognized and honored in many film festivals including Cannes. "Koza" (Cacoon), "Kasaba" (the Small Town) and "Mayıs Sıkıntısı" (Clouds of May) all revolve around the relations between nature and humans and also describe how the ones in power dominate the authorities in "the country."

The beautiful cinematography of these three films is still remembered and honored. "Uzak" (Distant) on the other hand, tells the tragic story of two people who have become strangers to each other in the big city. The antagonists of the film do not feel like they belong to the city they live in - Istanbul. Also the film has remarkable scenes and views of Istanbul including extraordinary scenes which make the city one of the leading characters of the film. "Uzak," which is also my favorite in Ceylan's filmography, is a one of the true masterpieces of "art house" cinema. "İklimler" (Climates), which features both Ceylan's wife, Ebru Ceylan and the director himself as the lead actors, tells the story of a couple lost in their daily lives, drawing further away from their true nature and existence day by day. Ceylan dedicated the "Best Director" award he won at Cannes International Film Festival for "Üç Maymun" (Three Monkeys) to his "beautiful and lonely country." It tells the story of a family that is trying to stay together by hiding the truth after they come to the point of breaking apart due to lies told in order to hide small human weaknesses.

With "Bir Zamanlar Anadolu'da" (Once upon a time in Anatolia), Ceylan set out on a new journey with his classic action-free, serene, slow narration on the loneliness we all face due to the routine nature of real, everyday life. We are again in the country, again there is distress, but this time a murder is involved in the story.

We watch as the bureaucrats and suspects search for a corpse throughout the whole night but in reality what the characters are looking for are answers to the soul wrenching tragedies they have suffered. Ceylan never gives up featuring "humans" and "everything about humans," in his films.

With "Kış Uykusu" (Winter Sleep) he invites humans to wake from hibernation and for that he won the Palm d'Or at Cannes Film Festival, the most prestigious award at the most prestigious film festival in the world. He is the second director that brought the award back to Turkey, 32 years after Yılmaz Güney's "Yol" (The Road).

This year's chairman of the jury, Jane Champion says "The honesty of the film is what makes it incredible. It is extremely relentless. I was mesmerized, loved how the film flows. It certainly is a grand, clever and sophisticated master peace."

In an interview Ceylan once said "Chekhov taught me how to look at life." Ceylan is also a fan of Russian author Dostoyevski and his films show how influenced the director is by Russian classical novelists. His latest films especially make the viewer feel like they have just turned the last page of a book. It is also evident that Ceylan is influenced by master directors including Andrey Tarkovski, Theodoros Angelpoulus and Ingmar Berkman, who all have something in common with Ceylan's cinema; a visual perfection, refined and intellectual approach to cinema.

The most important function of a work of art is to broaden our points of view. One sentence, one scene, is capable of opening doors to new worlds in a human's life. Ceylan is one of the directors that enrich the viewers' lives; adding more meaning to the natural habitat we all live in. We cannot praise him enough.
Last Update: Jun 14, 2014 1:39 am
RELATED TOPICS