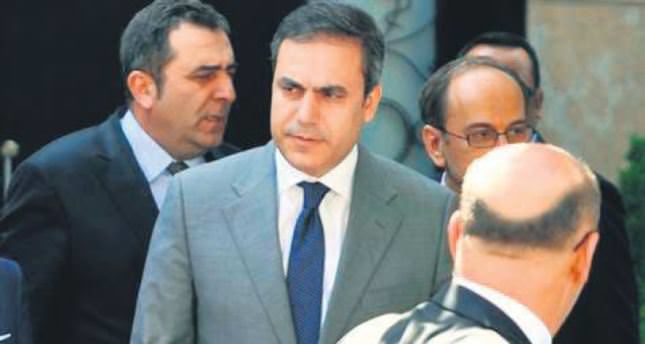 A crisis which broke out at the National Intelligence Agency (MİT) in 2012 has not only been a hotly debated issue in Turkish politics but is also now set to be immortalized in theaters. The new film, written by journalist Avni Özgürel and directed by Yasin Uslu, is titled "Darbe" (Coup), and focuses on MİT undersecretary Hakan Fidan, who was asked to testify on the KCK (Kurdish Communities Union) as part of an investigation by Special Prosecutor Sadrettin Sarıkayaon Feb. 7, 2012.

The film focuses on Sarıkaya being served withan order to take the testimonies of Fidan, former MİT Undersecretary Emre Taner, former MİT Deputy Undersecretary Afet Güneş and two other MİT staff members in connection with the case. The scriptwriter Avni Özgürel said he was inspired by Fidan while creating the protagonist, who will be played by renowned Turkish actor Cansel Elçin. Özgürel spoke to Daily Sabah about why he chose to make the film "Darbe." "I have written many political films and documentaries.

Among them, there are period films such as 'Zincirbozan' (Chain Breaker), 'Büyük Oyun' (Great Game) and 'Mahpeyker,' focusing on different political cases. The MİT investigations [have also been a hot topic of discussion in Turkey]. However, most people view the case [as a purely political matter]," he said. Özgürel stated the MİT investigations are not what they seem. "I believe it is necessary to educate the public and raise awareness on this issue. Cinema does not only include entertaining films and dramas, but should feature social and political cases," he said. Answering the question of whether the film is entirely based on real characters or semi-fiction, Özgürel said "Since the film is in the drama genre, there are naturally some fictional elements.

However, the script is based on a real story. I tried to write it by adopting a realistic perspective. Indeed, it was a big challenge for me," he said. Özgürel said when he wrote his previous film "Chain Breaker," all period characters were still alive, but he did not receive any negative feedback. "I searched thoroughly before writing the script. The MİT is Turkey's intelligence agency. You can neither exaggerate, nor underestimate them. I assume political cinema has weakened in Turkey. Not only literature, but also cinema should [show the impact of] terrorism over the last 30 years and the recent reconciliation process. It is possible to create many films and works of literature on such subjects from different perspectives," he concluded.