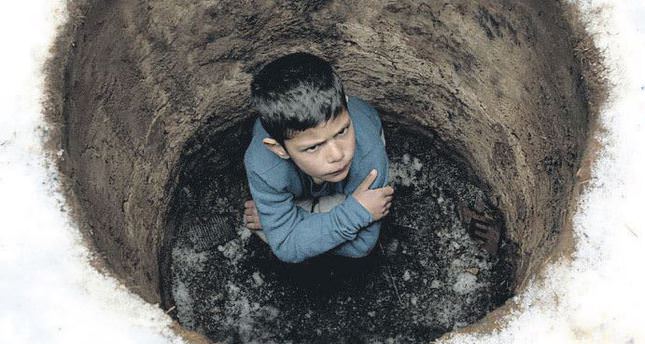 Three Turkish movies are among many others that are competing at the prestigious International Sarajevo Film Festival that wille take place in the capital of Bosnia from Aug. 15-23

With a special focus on the southeastern Europe, the 20th International Sarajevo Film Festival will take place from August 15 to 23. The annual film festival aims to eliminate the traces of bloody Bosnian war, reconstruct civil society and turn Sarajevo into a flourishing culture and art center. The films nominated for this year's festival were announced by Festival Director Mirsad Purivatra and Nomination Committee Member Elma Tataragiç. A total of 580 films from 20 countries applied for the festival. Tataragiç informed 180 films of all are already on screen. The Nomination Committee selected 13 films which will compete in the Best film category as follows: "I'm Beso" (Georgia), "Song of My Mother" (Turkey),

Additionally, seven films will compete in the Focus category featuring "Amour Fou" (Austria, Luxemburg, Germany), "Miss Violence" (Greece), "The Disobedient" (Serbia), "I am not him" (Turkey, Greece, Germany and France), "Alienation" (Bulgaria), "Blind Dates" (Georgia) and "Winter Sleep" (Turkey). Tataragiç said there is a significant decrease in the number of Bosnian and Romanian films compared to previous years due to the current economic meltdown. The Turkish and Georgian films will refresh and jazz up the event. "The more our film festival becomes popular, the more international films we receive.

Our primary aim is to display high-quality films. A number of critics are invited across the world to guide us during nomination process. They say the most important thing is not language, but quality," Tataragiç added. Purivatra also told the Sarajevo Film Festival flourish every year and is recognized as the best and most exciting cultural events in Bosnia-Herzegovina. "We are working hard to integrate the southeastern Europe film industry with the rest of Europe. Bosnian films deserve more contribution," Purivatra concluded.
RELATED TOPICS