Films to come out this week 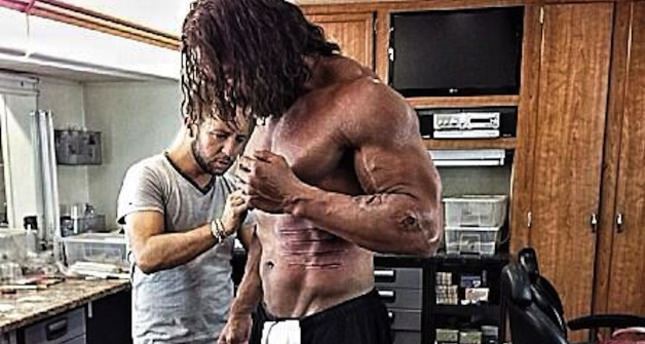 by Daily Sabah Jul 25, 2014 12:00 am
Hercules: The upcoming American adventure will be on the silver screen today. Directed by Brett Ratner, Hercules, based on the Greek divine hero, stars Dwayne Johnson, Ian McShane, Reece Ritchie, Ingrid Bolso Berdal, Joseph Fiennes and John Hurt. It is based on the graphic novel Hercules: The Thracian Wars, which was previously released as a TV and cartoon series by the Radical Studio. The script is written by Ryan Condal and Evan Spiliotopoulos. Hercules tries to defeat a tyrannical warlord when the King Cotys of Thrace and his daughter seek his aid.

Walking on sunshine: This musical-comedy presents hit songs from the 1980's. Directed by Max Giwa and Dania Pasquini, the film is stars Annabel Scholey, Hannah Arterton, Giulio Berrutti and Greg Wise. Mary finally finds the lover of her life "Raf" and is preparing to marry him. She invites her sister Taylor to her wedding. Strangely enough, Raf is Taylor's exholiday flame.
RELATED TOPICS