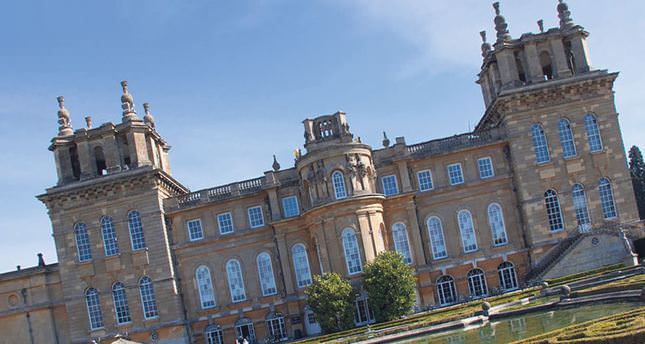 by reuters
Jul 26, 2014 12:00 am
Noah Baumbach's "While We're Young" and Ed Zwick's "Pawn Sacrifice" will be among the world premieres at this year's Toronto International Film Festival, one of the top movie showcases and a favored platform to unveil Oscar contenders. The festival on Tuesday announced about 60 titles, including many of the high-profile gala presentations that will unspool at the 39th version of the Sept. 4-14 event.

Departing with recent practice, festival organizers did not announce the opening film, and said that would be determined closer to the event. "While We're Young", by indie darling Baumbach, stars Ben Stiller and Naomi Watts as a middle aged couple whose lives are disrupted when a free-spirited younger couple enters the picture. "Pawn Sacrifice" stars Tobey Maguire as American chess legend Bobby Fischer, locked in a world cham pionship match in 1972 with Soviet rival Boris Spassky, played by Liev Schreiber.

All told, nearly 300 films are expected to screen at the festival, which ranks with Cannes, Sundance, Venice, and Berlin as leading movie events. The festival is tightening its scheduling criteria this year to include only true world premieres during its first four days, when media and industry attention is brightest, although organizers said that was not the cause of the delay of naming the opening night film. "Absolutely not. We have a lot of movies to watch... and they're not always ready on our timeline," festival artistic director Cameron Bailey said.

The tougher criteria is meant to halt recent occurrences of films touted as "world premieres" appearing days previously at the smaller Telluride Film Festival, a largely industry-only event that unveils its screenings at the last minute.

Telluride's growing media profile in recent years has led to some Toronto films billed as world premiers having their thunder stolen by the smaller festival. "It was always a little strange, because the films were going to Telluride, some of them were being snuck into Telluride, so... I think the media and public and industry just wanted clarity about what a world premiere was," festival director Piers Handling said following the an nouncement.

He said industry reaction has been favorable. "We're having conversations with all of the rights owners of the films and making it very very clear what the policy is." Other films announced on Tuesday include the world premiere of James Marsh's "The Theory of Everything", which tells the story of theoretical physicist Stephen Hawking, and the international premiere of "Wild", starring Reese Witherspoon as a recovering heroin addict who
sets out on a 1,000-mile hike up the U.S. west coast. "Wild" director Jean-Marc Vallee scored strong reviews at last year's Toronto festival and eventual Oscar glory, with "Dallas Buyers Club".

The festival will close with historical drama "A Little Chaos", directed by "Harry Potter" actor Alan Rickman and starring Kate Winslet as a landscaper appointed to design one of the fountains at the Palace of Versailles.
Last Update: Jul 26, 2014 1:19 am