'Muchos Gracias' to those who created the Cinema in Mexican Soul 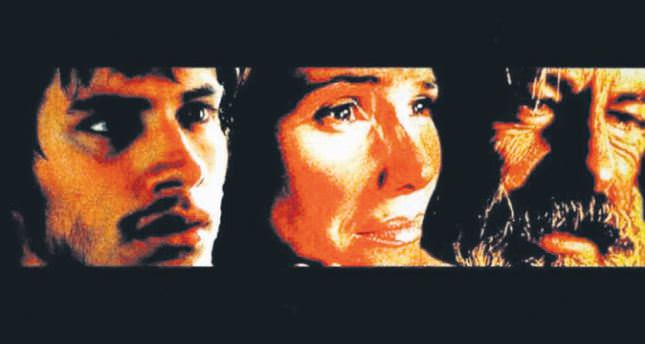 by Özkan Binol Jul 31, 2014 12:00 am
One of Istanbul's established art institutions, the Akbank Art Center (Akbank Sanat) presented a selection of contemporary Mexican films from July 9 to July 26. Among the finest examples of Mexican films that were featured are "Buros" (Donkey) by Odin Salazar Flores, "Lupe El De La Vaca" (Lupe of the Cow) by Blanca X. Aguerre, "Cilanto Y Perejil" (Recipes to Stay Together) by Rafael Montero and "Anos Despues" (Years Later) by Laura Gardos Velo. Audiences enjoyed a mysterious journey to the Chicano world. Mexican films have been coming to the forefront of world cinema with renowned directors including Alejandro Gonzales and Alfonso Cuaron.

With a history going back over a century, these films comprise an important part of Mexican cultural heritage. Early film directors Gabriel Veyre and Claude Ferdinand Von Bernard presented Mexico's first film screening by the Lumiere Brothers in Ciudad Juarez in the late 19th century. Veyre also produced Mexico's first film showing the daily activities of late President Porfirio Diaz. Furthermore, a number of documentaries were introduced in 1910 to mark the fourth year of the Mexican Revolution.

Previously, Italian melodramas were more popular due to the fact that Mexicans were continuously shunned in the early years of Hollywood. Later melodramas were focused on motherly love and prostitutes with a heart of gold. In 1916, Mexico's film industry produced its first work of fiction "1810 O Los Libertadores de Mexico" (1810 About the Liberatoes of Mexico).

Known as a pioneer of montage, Russian director Sergei Eisenstein was an inspiration for young Mexican directors with his filming that reflected the aesthetics of Mexican folklore, street art and engravings. Eisenstein set off on a trip to Europe and the U.S. in 1928 to learn more about motion pictures. In the following years, filmmaker Luis Bunuel, who escaped from the Spanish civil war, was considered a gift for the Mexican film industry.

Bunuel produced 21 masterpieces during his stay in Mexico. Similar to Eisenstein, Mexican directors were inspired by his formalist style. Another Spanish screenwriter and director, Luis Alcoriza, migrated to Mexico at the time of the civil war and found his place with the films influenced by 19th century Latin American literature, Mexican street art, Eisenstein and Strand's formalism and Bunuel's realism.

Although Mexican cinema suffered through the 1970s, the then president Luis Echeverria introduced new regulations on mass media that paved the way to purchase film studios and establish production companies.

In 1974, the national film repository, Cineteca Nacional, was founded, followed by a film academy. The Mexican government provided a great deal of financial support during the recession period. At those times, Jaime Humberto Hermosillo was one of the most highly respected directors. He criticized the hypocrisy of the Mexican bourgeoisie and portrayed taboo subjects like homosexuality.

Creating a global impression abroad, his film "Donna Herlinda y Su Hijo" (Dona Herlinda and Her Son) told the story of a mother who urges his gay son to get married and have a child. She asks her son to live both with his lover and wife. Hermosillo is frequently compared to Spanish director Pedro Almodovar, whose films address homosexuality, voyeurism and sexual repression.

Bunuel's assistant, Arturo Ripstein, made an impression on Mexican cinema with "Tiempo de Morir" (Time to Die). Two master Latino authors, Gabriel Garcia Marquez and Carlos Fuentes, wrote his Old West style film. Ripstein thoroughly examined Mexican history, literature, music, legends and myths before creating his own artistic style. His next film "El Castillo de la Pureza" (The Castle of Purity) surprised moviegoers and was greatly admired. The drama displays a sexually driven man who keeps his family isolated for years to protect them from the evil nature of society.

Ripstein's most successful film was "El Impero de la Fortuna" (The Empire of Fortune), released in 1985. Focusing on poor and hopeless Mexicans, the film shows how a poor man becomes wealthy at cockfights but then loses all his money by gambling. His 1996 drama, "Profundo Carmesi" (Deep Crimson), depicts serial murders by a nurse and her old escort lover. The film was later reinterpreted by Hollywood.

In recent years, the Mexican film industry has been on the rise thanks to high-profile directors including Alfonso Cuaron, Guillermo Del Toro and Alejandro Gonzales Innaritu.

These directors have continued their careers both in Mexico and Hollywood. Cuaron, who won the Oscar for best director for his space thriller "Gravity," released his first full-length feature film "Solo con Tu Pareja" (Love in the Time of Hysteria) in 1991. The story presents a humorous relationship between a playboy businessman and a nurse who is a victim of his adventures. The nurse tries to take him back by writing "positive" on his AIDS test. After reaching an international audience, Cuaron was able to enter the world of Hollywood. He successfully adapted Charles Dickens' "A Little Princess" and "Great Expectations" into films.

When he returned to Mexico, he directed another film, "Y Tu Mama Tambien" (And Your Mother Too). The drama is about two sexually driven teenagers taking a road trip with a woman in her late 20s. It received critical acclaim on the international platform with its social and political critiques, impolite humor and sexually explicit implications. Cuaron directed two other films, "Harry Potter and the Prisoner of Azkaban" and the sci-fi "Children of Men." His crowning success thus far is "Gravity," with which he was nominated for 10 Academy Awards.

Guillermo Del Toro is a more recent name in Mexican cinema. He has undertaken a wide range of productions from history, horror and fantastic films to comic book adaptations. Toro's most accomplished films are "El Espinazo del Diablo" (The Devil's Backbone) and "El Laberinto del Fauno" (Pan's Labyrinth). His biggest dream is to produce his own adaptation of "Frankenstein."

Alejandro Gonzalez Inarritu is the first Mexican director nominated for the Academy Award for best director. His drama "Amores Perros" (Love's A Bitch), which depicts the complicated world of Mexico City, generated excitement across the world. A car accident links three different stories and characters together.

It is the first film in Inarritu's trilogy of death, which he followed with "21 Grams" and "Babel." He was, however, unable to sustain his success in "Beautiful," remembered merely for Spanish actor Javier Bardem's outstanding performance. When talking about Mexican cinema, we should mention scriptwriter Guillermo Arriaga. Considered the invisible power behind Inarritu, Arriaga challenged his rivals with "The Burning Plan," which he wrote and directed. Although Inarritu and Arriaga worked together in the past, they have ceased their professional relationship.

Mexican directors of Mayan and Aztec descent will continue to create a magical world for movie junkies. They visualize the fire of the Mexican revolution mentioned by the works of poet Octavia Paz, author Carlos Fuentes, artist Diego Rivera's extraordinary murals, Frida Kahlo's surrealist world and Bunuel's formalism. If you have not watched a Mexican film yet, you have presumably not taken your share from the world's full cultural heritage.
Last Update: Jul 31, 2014 8:34 am
RELATED TOPICS