Horror Films on the rise in Turkish Cinema 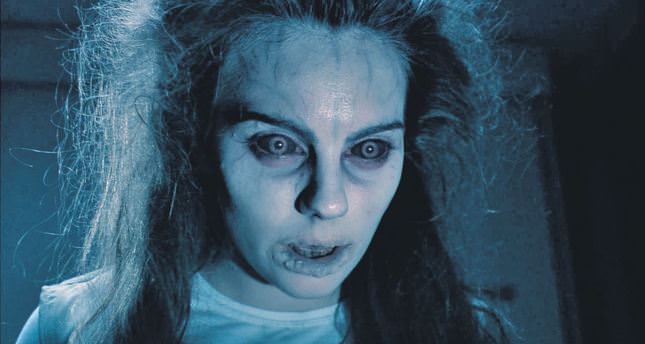 Since the first horror film in Turkish cinema, "Ölüler Konuşmaz Ki" (The Dead Don't Talk) in 1970, Turkish cinemagoers have raised interest in the genre up to today

Acclaimed by the audience at that time, "Karanlık Sular" (Serpent's Tale) in 1993 by director Kutluğ Ataman did not draw enough attention in the following years. Back-seated for a long time, the genre broke its silence with "Okul" (School) in 2004 and the Turkish horror film industry awoke again with the film "Büyü" (Spell) in the same year. The actual rise of the Turkish horror genre started with Hasan Karacadağ and Alper Mestçi.
Karacadağ successfully scared moviegoers with "Dabbe" in 2006 and later with "Semum" in 2008 and "Dabbe 2" in 2009.

"Gomeda," by director Tan Tolga Demirci, who prefers horror, did not reach the expected box office grossing as Ümit Ünal's "Ses" (The Voice) in 2010, which faced the same outcome even though famous Turkish actor Mehmet Günsur starred in the leading role. Thus, the horror genre continued its rise with Mestçi and Karacadağ's sequels in 2012. Since the Turkish audience loved "Musallat" (Haunted) by Alper Mestçi in 2007, it was followed by a sequel, "Musallat 2: Lanet" (Haunted 2: The Curse), in 2011.

Speaking to Anadolu Agency (AA), director Hasan Karacadağ said he is in pursuit of a world-embracing Turkish horror film that focuses on the metaphysical elements unique to Turks by using the newest technology in filmmaking. "The reviews I received from film festivals around the world show that I am close to achieving this," said Karacadağ. Stating that the thin line between the real and the invisible is the most important feature of shooting a horror film, Karacadağ said, "Unfortunately, all these years we just watched Western cinema while they used the mystic characteristics of their own culture, literature and religion. Films about zombies, vampires and ghosts were shot as 'jinns' [supernatural creatures in Islamic mythology] and 'mares' stayed limited to the tales that we listened to from our grandmothers. What I do is gather the narratives that are buried deep in our culture, and trapped in the forgotten sagas of the ancients to present them to the audience through cinema. It is a big mistake not to adapt the fear we feel when somebody utters the word 'jinn' in the dark to film." Karacadağ further said that he will keep on working until Turkish horror becomes an important part of international cinema. On the other hand, according to Box Office figures that show the official number of viewers, Alper Mestçi and Hasan Karacadağ attract the most viewers in Turkey among all horror film directors.