Asghar Farhadi calls for an end to Israeli assault on Gaza 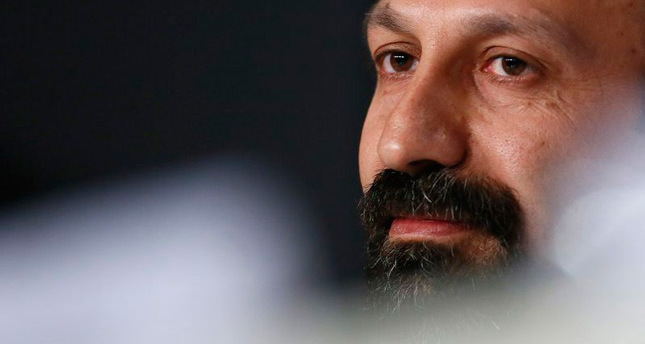 by Daily Sabah Aug 08, 2014 12:00 am
Oscar winning Iranian Director Asghar Farhadi donated blood at the Tehran Blood Transfusion Center for Palestinian victims of the Israeli slaughter in the Gaza Strip. According to IRNA news agency, Farhadi called on international organizations to help stop Israeli assaults on Palestinian people. "Israel's action in Gaza is of a dictatorial nature and I hope the killings will stop very soon,"

Farhadi said during a meeting with a large group of Iranian cineastes at the Tehran Blood Transfusion Center on Saturday to donate blood to the victims of Israeli bombardments in Gaza. Like artists and directors in many other countries, Iranian artists and cinema-lovers also held demonstrations to show their solidarity with Palestinian people in recent weeks."Fortunately, the world has seen the crimes of the Israelis in Gaza and the people of the world have given a negative response to the inhumane behavior. As a member of the Iranian House of Cinema, I have a great deal of sympathy for the people of Gaza deep in my heart, so I have attended this humanitarian gathering," Farhadi concluded.
Last Update: Aug 08, 2014 1:08 am
RELATED TOPICS