Young Turkish director to conquer hearts of audiences in Venice 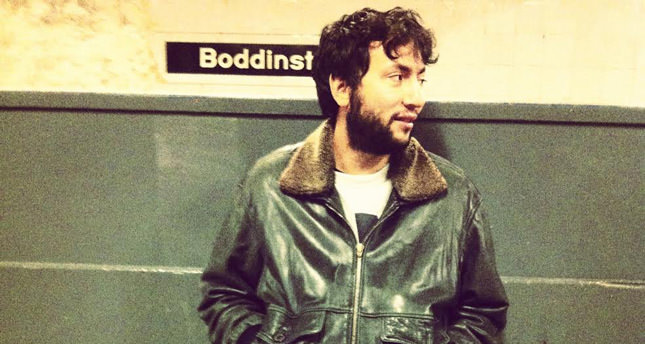 Kaan Müjdeci, a promising Turkish director, will attend the Venice Film Festival, starting later this month, with his movie "Sivas" about the story of a boy and an injured dog

When the competition line-up for this year's Venice Film Festival was announced on July 24, journalists and audiences were surprised to see the name of a newcomer alongside such great directors as Abel Ferrara, Roy Andersson and Fatih Akın. Although not many have heard the name Kaan Müjdeci, whose first feature film "Sivas" will premiere at the Lido Island later this month, Turkey's artistic community had been aware of this 34 year old film director and his ambitious film for the past two years. After all, Müjdeci's "Sivas" is a collaborative project, bringing together the talents of Turkey's contemporary artists.

The film took years to develop, produce and shoot. Müjdeci was working on the color correction of his film as late as last week, and not even his agent could reach him. In less than three weeks "Sivas" will be shown to some of the most influential names in the film business, and we will see whether Müjdeci emerges victorious from the event. "Sivas" will make its Turkey premiere in one of the major film festivals, either in Adana in September or in Antalya in October.

When I talked to members of a small group of artists who were lucky enough to see the film, they agreed that "Sivas" was phenomenal and that it will be worth the wait. The film's collaborative spirit is apparent from its crew list: Conceptual artist Ahmet Öğüt has created short videos for "Sivas," which were shown at London's Institute of Contemporary Arts last Wednesday. Öğüt also provided objects for the director to use in his film.

Cevdet Erek, the drummer of the rock band Nekropsi, worked as sound director. The first trailer for "Sivas," due to be released on the web this week, is rumored to feature a song from the band.

Born in Yozgat, Müjdeci spent his childhood in different Anatolian cities, before traveling to Berlin in 2003 where he intended to study film. In an interview with the Radikal newspaper, he described how he has always wanted to make "nature documentaries featuring lions," and he seems to have fulfilled his filmmaking desires by following an alternative route. Müjdeci shot his first shorts in Berlin and then travelled to New York, where he studied at the New York Film Academy.

During his Berlin years, Müjdeci set up an open-air film theater called the "Çekirdek," a reference to Turkey's national habit of eating immense amounts of seeds while watching movies. In Çekirdek, elderly Turks who couldn't travel to Turkey because of the increased ticket prices of airlines watched Turkish language films projected on an adjacent apartment building. In an interview with the Milliyet newspaper, Müjdeci described how "even the Berlin mayor came to the open air theater although our event was illegal." Next, Müjdeci opened a bar named Cafe Luzia in the city's bohemian Kreuzberg neighborhood. The plot of "Sivas" couldn't be more unrelated to Müjdeci's experiences in Europe.

His film tells the story of a young boy and a wounded game dog. Sivas is the name of this dog: a kangal with a characteristic black mask and a sable coat. People who have seen the raw cut of the film say animal lovers will have a difficult time watching some of the scenes. The dog fighting tradition in Anatolia makes painful viewing, but is a fact of the country.

Müjdeci started researching for the film about three years ago. His plan to produce a fiction film changed, however, and he made a documentary called "Fathers and Sons," about the relationship between eight game dogs and their owners. When Müjdeci managed to find the production budget necessary to make "Sivas," he interviewed more than a thousand children between the ages of 10 and 12. He then started casting for the kangal role and eventually found the right dog to play the film's eponymous character.

Besides Müjdeci's film, the program of this year's Venice Film Festival features other Turkish productions, which is good news since 2014 is the centenary of Turkish cinema. Fatih Akın's "The Cut," about the suffering of Ottoman Armenians in 1915, has already produced controversy and will probably make headlines when it is shown at the Lido. The festival will also show Lütfi Akad's 1973 film "Gelin" in a restored copy.

Previous Turkish films that have competed for the Golden Lion at Venice include Erden Kıral's "Ayna" (1984), Ali Özgentürk's "Bekçi" (1985), Ömer Kavur's "Anayurt Oteli" (1987) and "Gizli Yüz" (1991) and Semih Kaplanoğlu's "Süt" (2008). This will be the first time that Turkey's cinema will be represented by three films, two of which will compete for the Golden Lion.

In a column last week, the Sabah newspaper's Olkan Özyurt wrote about how festival programmer Paolo Bertolin had travelled to Istanbul earlier this year as part of the "Festivals in Istanbul" initiative of SESAM. Very impressed by Müjdeci's film, Bertolin decided to include "Sivas" in the main competition of the festival. In less than a month's time, we will see whether that choice will prove to be a momentous one.
Last Update: Aug 10, 2014 3:05 pm
RELATED TOPICS