Five films to come out this week 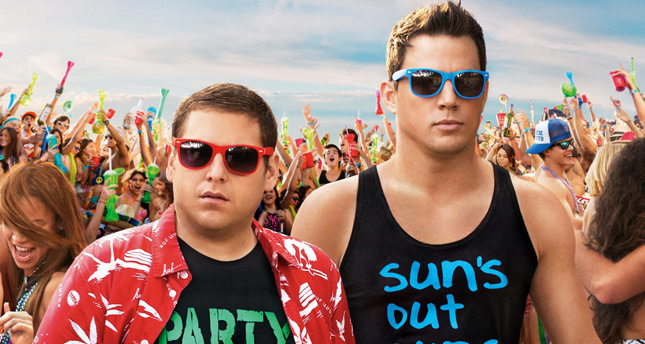 Producer and director Luc Besson, who created some of the toughest and most unforgettable heroines in his films "Nikita," "Leon" and "The Fifth Element" will appear on the silver screen with his new film "Lucy" this week. Starring Scarlet Johansson, Morgan Freeman, Chai Min-Sik and Amr Waked, the action film is about a woman who becomes a death machine and has special powers after using a custom drug.

Directed by Phil Lord and Christopher Miller, "22 Jump Street" stars Channing Tatum, Jonah Hill, Peter Stormare and Ice Cube. The film is a favorite for action and comedy junkies alike. Police officers, who were on duty at high school in the first movie, are now assigned to university. After making their way through apprenticeship by catching drug dealers in high school, Schmidt and Jenko enroll in university to stop the distribution of a newly discovered drug and bring the responsible to justice in the sequel.

Starring Tom Cullen, Chris New, Jonathan Race and Laura Freeman, "Weekend" is directed by Andrew Haigh. The film features Russell who heads out to a club alone after hanging out with a group of friends and what happens in the next 48 hours. Ceza (Punishment) The only Turkish film of the week is directed by Burak Donay. Starring Deniz Gönen Türkcan, Ebru Şancı, Kaan Oruçoğlu, Murat Yatman, Sertaç Akkaya, Tuğçe Koçak and Yılmaz Calayı, the film tells the story of a group of friends who play "truth or dare."

Minuscule: Valley of the Lost Ants

Directed by Thomas Szabo and Helene Griaud, the French - Belgian animation is about an aborted family picnic, a dining table left in a hurry and the fight between two ant groups who do not want to share the prize. The film is in 3D.
RELATED TOPICS