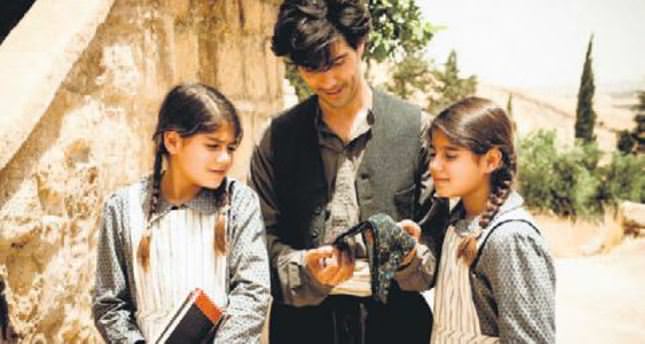 by Daily Sabah Sep 01, 2014 12:00 am
Born to Turkish parents in Germany, acclaimed director Fatih Akın presented the world premiere of "Kesik" (The Cut), which is the final sequel in his "Love, Death and the Devil" trilogy at the Venice Film Festival yesterday. The 41-year-old director introduced the first two installments "Duvara Karşı" (Head-On) and "Yaşamın Kıyısında" (The Edge of Heaven), in 2004 and 2007. Produced over eight years, Akın's latest film tells the story of an Armenian blacksmith, Nazarat, played by French-Algerian actor Tahar Rahim, who searches for his daughters against the backdrop of the mass deaths of Armenians in 1915 during World War I. He travelled around the world from Mesopotamian deserts to Havana and the desolate regions of America. Nazarat faces both good and bad-hearted people on his journey.

Last week, Akın gave an exclusive interview to The New York Times discussing the film. The prominent director described "The Cut" as a road movie. "The Cut' is not just a film about the material, it's about my personal journey through cinema, and the directors who I admire and who influence my work," he said. Akın believes that Turkey is ready for his film. "Two friends of mine, both producers, read the script. One of them said they will throw stones, the other said they will throw flowers [...] I've shown the film to people who deny the fact that 1915 was a genocide and to people who accept it and both groups had the same emotional impact," he continued.

Akın hopes the film can be seen as a bridge. "The Cut" will make its European debut on Oct. 16. Previously, the film was attacked on social media websites by certain circles. The plot is related with the events considered as genocide by Turks on Armenians, a claim rejected by Turkey. The Turkish state attributes the deaths to diseases and isolated attacks by gangs. Back in April, President Recep Tayyip Erdoğan, who was the prime minister at that time, softened Turkey's stance on the issue when he expressed his condolences for the deaths he called "our shared pain."
Last Update: Sep 01, 2014 2:05 am
RELATED TOPICS