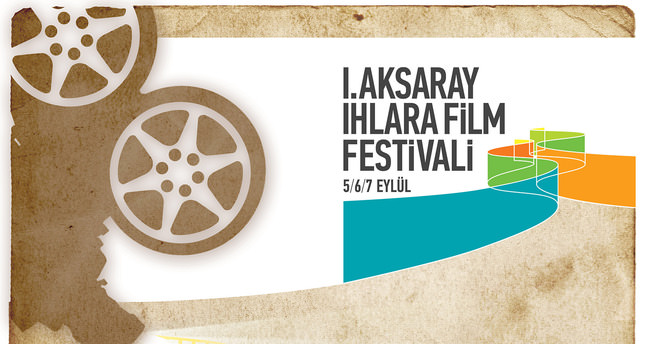 by Daily Sabah Sep 02, 2014 12:00 am
Central Aksaray province, which hosts hundreds of local and foreign visitors every year with its unique natural and cultural places, will inaugurate the 1st Ihlara Film Festival from Sept. 5-7. With the motto "A new breath to Turkish cinema from the heart of Anatolia," the festival is organized by the Aksaray Municipality and the Provincial Culture and Tourism Directorate. According to a written statement by the festival committee, the upcoming event aims to develop the art of cinema and raise awareness across Central Anatolia for film. The festival will be held in the city's openair public square. The festival will gather filmmakers under Central Anatolia's historical and cultural richness and will kick off with the screening of Yunus Emre Aşkın Sesi" (Yunus Emre: the Sound of Love) followed by "El Yazısı" (One Day or Another), "Kızım Için" (For My Daughter), "Benim Dünyam" (My World), "Fetih 1453" (The Conquest 1453), "Deprem" (The Earthquake), "Çanakkale Yolun Sonu" (Gallipoli: End of the Road) and "İlk Aşk ve Keriz" (First Love and the Dupe). Within the scope of the festival, awards will be granted to valuable actors, directors and other film professionals.

All film screenings will be open to the public free of charge. When: Sept 5-7
Where: Aksaray Public Square