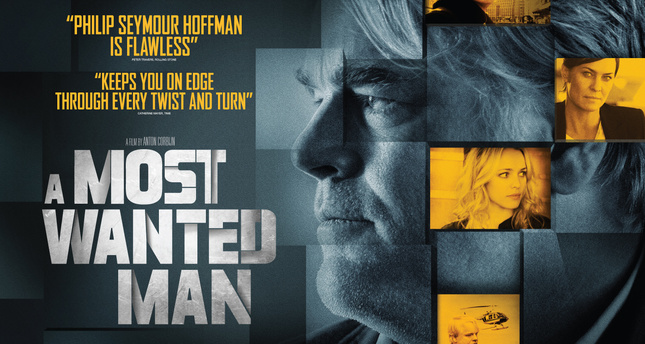 A Most Wanted Man Half

Chechen and half Russian Issa Karpov illegally immigrates to Hamburg, finds himself in a Muslim neighborhood and stays with a Turkish family. Brutally tortured before coming to Germany, Karpov lays claim to his father's ill-gained fortune and soon draws German and U.S intelligence agencies attention.

Based on John Le Carre's novel of the same name, "A Most Wanted Man" was directed by Anton Corbijn and adapted by Andrew Bovell for the screen. The German, U.S and British co-production stars Philip Seymour Hoffman, Rachel McAdams, Willem Dafoe, Robin Wright and Grigoriy Dobrygin along with Turkish actors Derya Alabora and Tamer Yigit. The film is also one of the last films that Hoffman acted in before his death last February.

Annie and Jay are married with two kids but like any other long term relationship, their sexual life becomes static. They decide to tape their intercourse with a tablet but the device sends the video to other devices that use the same program. When they wake up it is too late to delete the video.

Now the only thing in their minds is to hunt down every tablet that the video was sent to. Directed by Jake Kasdan, "Sex Tape" stars Cameron Diaz, Jason Segel and Jack Black.

Scandinavian director and writer Eskil Vogt's first feature length film "Blind" centers on a woman writer who recently lost her sight and retreats to the safety of her home along with her husband - the film deals with her thoughts in a surreal atmosphere.

Known as the co-writer of movies such as 2006's "Reprise," 2011's "Oslo" and "August 31," Vogt also received the Screenwriting Award at the Sundance Film Festival in 2014 for "Blind." Starring Vera Vitali, Ellen Dorrit Petersen and Henrik Rafaelsen, the movie received the Golden Tulip at the 33rd Istanbul Film Festival.