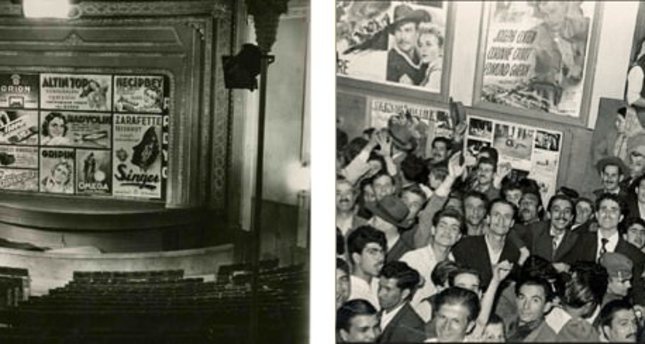 by Daily Sabah Sep 26, 2014 12:00 am
Istanbul Modern Cinema is hosting a program parallel to the "Hundred Years of Love" exhibition dedicated to the 100th year anniversary of Turkish cinema. The selection includes 10 films that feature Istanbul as a theme or setting. The films mirror the aesthetic transformation of Istanbul and document the city's social history and architecture. Portraying slums and the palaces of Istanbul, the program brings together different lives and stories of the city.

Directed by five different directors, the film adapts children's stories such as Snow White, Cinderella, Sleeping Beauty, the Pied Piper of Hamelin and Little Red Riding Hood to Istanbul. The film is shot in Beyoğlu, Yeşilköy, Balat, Syria Passage, Galata Bridge, Hasköy, Bayrampaşa and Kadıköy, and serves as an Istanbul panorama. The film was granted the "Best Film Award" at the 24th International Istanbul Film Festival.

Having been released from prision after many years of incarceration, Ali goes to Viran Kazım's pub on the evening of his release. He falls in love with Kazım's daughter in whom Mud (Çamur) Süleyman is also interested. Ali's future plans will change because of Mud's games.