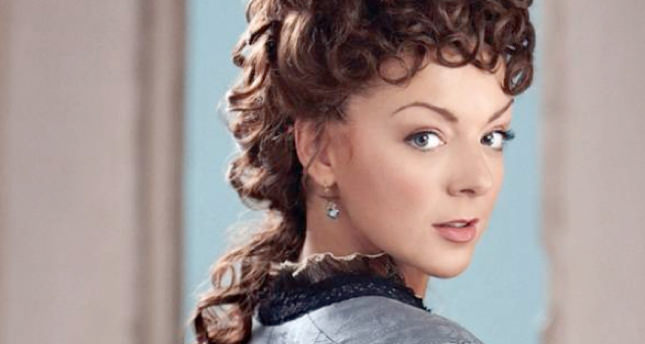 State Theaters will present seven new plays this season, four of which will be presented on four different stages during the four-day Eid al-Adha holiday

State Theaters (DT) will present seven new plays in five different regions this season. According to a written statement released by State Theaters, they are ready to open the curtains with four favorite plays of Istanbul and Ankara theaters, "Mevlana: Aşk ve Barış Çığlığı" (Mevlana: Cry for Love and Peace), "The House of Bernarda Alba," "Euridice's Hands" and "Hamletmachine," along with three premieres. Moliere's "The Imaginary Invalid" will be staged for the first time today in Bursa while "Töre" (Tradition) and "The Affected Ladies" will be performed tomorrow in Konya and Sivas respectively.

Moreover, State Theaters will present four new productions on four different stages during Eid al-Adha (Feast of the Sacrifice). Henrik Ibsen's "Hedda Gabler" will be performed at the Cüneyt Gökçer Theater in Ankara while "Yeşilçam," directed by Uğur Saatçi, will be performed at the Küçük Theater in Ankara's. Pervin Ünalp's "Kuaförde Bir Gün" (A Day at the Hairdresser's) will open its curtains on Oct. 7 at Altındağ Theater. Yeton Neziray's "Geçtim Ama Tiyatrodan" (I Gave up on Theater), which mocks the bureaucratic obstacles during Kosovo's struggle for freedom, will be performed by the Istanbul State Theater on Oct. 8, the last day of Eid al-Adha. Throughout Turkey, State Theaters will introduce 61 plays throughout October, including eight children's plays. The DT productions that will be staged for the first time in October include "Shakespeare in Trouble," "Creditors," "Death of a Salesman" and "İyiyim" (I am Fine) by Ankara DT; "Güneş Batarken Bile Büyük" (The Sun is Great Even When it's Setting) and "Paşa Paşa Tiyatro ya da Ahmet Vefik Paşa" (Theater or Ahmet Vefik Pasha) by Istanbul DT; "Kurban" (Sacrifice) and "The Bourgeois Gentleman" by İzmir DT; "Kanlı Nigar" (Bloody Loved One) by Bursa DT; "Macun Hokkası" by Adana DT; "Roulette" by Trabzon DT; "Bekçi Murtaza" (Murtaza the Watcher) by Diyarbakır DT; "Daniş Çelebi and Çengi Sümbül" by Antalya DT; "Deli İbrahim" (Crazy Ibrahim) by Erzurum DT; "Misafir" (Guest) by Konya DT; and "Dress Rehearsal for a Suicide" by Van DT.

The Ankara State Theater will also stage 28 plays this season. The weekly October program of Ankara DT includes "Hedda Gabler," "Death of a Salesman" and "Kösem Sultan" at Çayyolu Cüneyt Gökçer Theater; "Teneke" (The Can), "Macbeth" and "Hedda Gabler" at Büyük Theater; "Creditors," "Nereye" (Where to?), "The Snow Queen" and "Ramiz and Jülide" at Şinasi Theater; "Shakespeare in Trouble," "Keloğlan Keleşoğlan," "Çalıkuşu" (The Wren)" and "Uncle Vanya" at Akün Stage; "Kuaförde Bir Gün" (A Day at the Hairdresser's) and "Nalınlar" (Clogs) at Altındağ Theater; "The House of Bernarda Alba" and "Animal Farm" at İrfan Şahinbaş Theater; "Meraklısı İçin Öyle Bir Hikâye" (A Story for the Curious), "Bizim Yunus" (Our Yunus) and "İyiyim" (I am Fine) at Stüdyo Stage; "Mevlana: Love and Cry for Peace" and "Nehir" (River) at Oda Theater; "Euridice's Hands," "Hüzzam" and "I am Fine" at the 75th Year Theater; and "Jake's Women," "Contrabass" and "Swan Song: A Marriage Proposal" at Tatbikat Theater.