Filmekimi to fill October with a taste of cinema 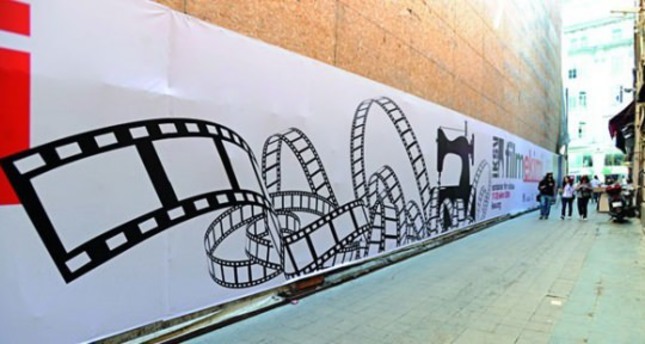 by Daily Sabah Oct 02, 2014 12:00 am
Every October, the film festival Filmekimi, organized by the Istanbul Foundation for Culture and Arts (İKSV), livens up movie buffs with some of the world's most prestigious films. Sponsored by the Vodafone FreeZone, the festival's Istanbul events will take place from Oct. 11-17.

The annual event, celebrating its 13th year, has screened films in Istanbul and several Anatolian cities since 2011, including Ankara, İzmir, Bursa, Diyarbakır, Şanlıurfa and Trabzon. This year, Filmekimi will continue to serve as a high-profile launch pad for movies that premiered at distinguished international film festivals, such as Sundance, Berlin, Cannes, Venice and Toronto. Film enthusiasts will enjoy the recent works of master directors, including Jean-Luc Godard, David Cronenberg, Mike Leigh and Abderrahmane Sissako.

On Sept. 23, Istanbul Film Festival Manager Azize Tan and Vodafone Turkey Marketing Manager Fatih Uysal announced the details about the upcoming event at a press conference. "As the event sponsor, Vodafone FreeZone intends to offer more freedom to youth and be a partner on their road to freedom," Uysal said. He went on to say that the company is aware of the responsibilities but try to make life as flexible and easy for young people as possible. "We continue to provide support to film events, one of the most popular and preferred social activities," he continued. For the last three years, Vodafone FreeZone has been the event's main sponsor in order to present the award-winning films from around the world. During the press conference, Uysal also invited all young film devotees to the festival. Following his speech, Tan gave more details about the films and the festival program. Similar to previous years, Filmekimi will be held at four movie theatres in Istanbul, three on the European side - Beyoğlu, Atlas and Nişantaşı CityLife - and the Kadıköy Rexx Movie Theater on the Asian side. All film screenings will be shown at 11:00 a.m., 1:30 p.m., 4:00 p.m., 7:00 p.m. and 9:30 p.m.

Filmekimi's last stop will be in Gaziantep from Nov. 2-9. The festival, in collaboration with the Kırkayak Culture Center, will introduce the international film program of the Zeugma Film Festival. Two side events will also be waiting for film buffs on the event's opening and closing days in Istanbul in partnership with Fil'm Hafızası. The first, marking the festival's new venue, "Filmekimi 216," will take place on Kadıköy's Kadife Street on Oct. 11 free of charge. The second side event will be held at the Public House on the event's last day, Oct. 17.