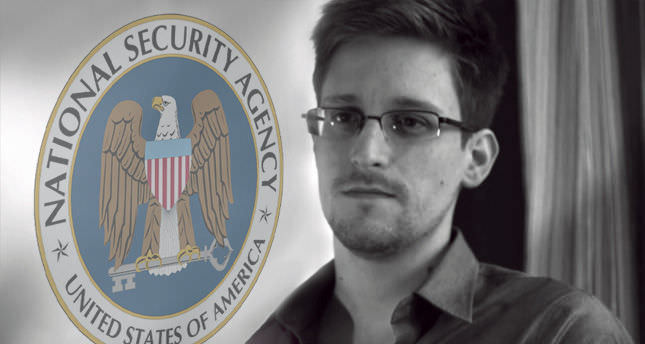 by Oct 15, 2014 12:00 am
Edward Snowden, the former National Security Agency (NSA) contractor who blew the whistle on the U.S. government's mass surveillance programs, has been reunited in Russia with his long-time girlfriend, according to a new documentary shown on Friday. Lindsay Mills, a dancer who was living with Snowden when he left Hawaii for Hong Kong in May 2013, joined him in Moscow in July 2014, the documentary disclosed. The two are filmed cooking together in an apartment in Moscow, where Snowden, 31, has been living since he was given temporary asylum and later a three-year residency permit. Mills had remained silent and her whereabouts were largely unknown after Snowden's release of tens of thousands of classified U.S. intelligence documents in 2013. "Citizenfour," made by U.S. film maker Laura Poitras, who shared a Pulitzer Prize this year for her role in publicizing the Snowden documents, had its world premiere at the New York Film Festival on Friday. It gives a fly-on-the wall account of Snowden's tense days in a Hong Kong hotel and his encounters with journalists from the Washington Post and Britain's Guardian newspaper as they prepared to divulge details of NSA programs that gathered data from the Internet activities and the phones of millions of ordinary Americans and dozens of world leaders. "Citizenfour," takes its title from the email alias that Snowden used when he first approached Poitras in early 2013 through a series of encrypted emails with a view to leaking details of the top-secret programs to the media. Marketed as a "real-life thriller," it is the first of several major films in the works about Snowden, who is wanted by the United States on charges brought under the Espionage Act. "I already know how this will end for me, and I accept the risk," an outwardly calm Snowden says. "This was a film we had to make as privately and secretly as we could," Poitras said after the screening, which received thunderous applause from an audience that included Snowden's father and other family members. "We very much wanted to communicate in this film that (it)was about people who take risks and come forward at huge personal sacrifice," added Poitras, who says she has been stopped and questioned when entering the U.S. numerous times in the past 10 years. She now lives in Berlin. Snowden's revelations sparked a global debate on the limits of privacy versus the needs of national security, and he is viewed either as a traitor or a hero who spoke up for civil liberties. Journalist Glenn Greenwald, who along with Poitras was Snowden's first points of contact with the media, said he hoped that "Citizenfour" would allow the public to form their own opinion about the man and his motives.

"So much has been said about Ed Snowden, a lot of it bad but a lot of it really good. I felt like this was really the first time that people got to see who he really is so that they could make up their own mind. "I always felt ... that the most powerful part of the story was not going to be the documents and the revelations but the power of the story and the acts of this very, kind of ordinary young man, who decided very consciously to sacrifice his whole life for a political principle," Greenwald said on Friday. Poitras said she had shown the documentary to Snowden on a trip to Russia about three weeks ago, when the brief scenes with his girlfriend were filmed. The documentary will open in U.S. movie theaters on Oct. 24.