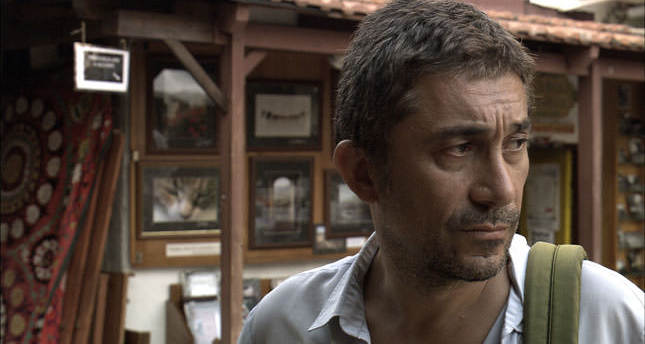 by Sare Selvi Özturk Oct 16, 2014 12:00 am
After a 20-year golden era between the 1950s and 1970s when it produced 250 to 350 films annually and became the fifth biggest producer worldwide, Turkish cinema is experiencing something of a renaissance as a new generation of filmmakers find success on the international festival circuit. Turkish films hitting the world stage and grabbing top awards at festivals are signs that domestic cinema is expanding its influence and visibility, say critics and researchers.

This is after years of relative decline, in part fuelled by political developments and changes of regime in Turkey. Tuncer Cetinkaya, editor-in-chief of Turkish cinema magazine Modern Zamanlar, says: "The reason why Turkish films couldn't make it to the world stage before is because of the censorship inflicted on movies in Turkey. "Even the film 'Dry Summer' (Susuz Yaz), which won the Golden Bear award at the Berlin Film Festival in 1964, hardly made its way there due to political hardships in the country," he says. Since then, the country has seen an improvement in production and quality: "Turkish cinema has improved tremendously over time.

New generations of Turkish film directors making stark art-house movies and those making commercial fare have opened up Turkish cinema to the world, making it attention-grabbing," says veteran film critic and journalist Atilla Dorsay. The most recent example is 'Butterfly's Dream' directed by Yilmaz Erdogan which wonthe Best Film award at the Terra di Siena International Film Festival in Italy on October 5. Nuri Bilge Ceylan winning this year's Cannes Palme d'Or for 'Winter Sleep' and first-timer Kaan Mujdeci's 'Sivas' taking the Special Jury Prize at the Venice Film Festival are the latest examples of the rise of Turkish cinema abroad. Celebrating its 100th anniversary this year Turkish filmmaking has seen incredible changes over the years. The glory days for Turkish cinema came during the two decades of the so-called 'Yesil Cam' (Green Pine) era which ended in the 1970s.

Taking its name from a street in the Beyoglu area of Istanbul where most production houses were located, the period saw Turkish film adopt a successful system of production, distribution and exhibition. During this period, the industry was producing an unbelievable number of films-around 300 a year on meager budgets.

However, the film sector in Turkey suffered from political turmoil and coups in the 1970s and 1980s; later it battled with the advent of TV and video, but witnessed a remarkable resurgence in the mid-90s. Turkey underwent a series of changes in politics, culture and foreign policy with Turkish President Turgut Ozal's liberalization of the country's economy.

"Turkey used to be an isolated country in all terms until the 1980s. But Ozal's liberal policies not only changed the economy, but changed art, culture, literature and music," says Dorsay. Turkish-Cypriot filmmaker Dervis Zaim says Turkish cinema has potential, although there are many negative perceptions surrounding it. Criticizing what he calls Western countries' biased and orientalist perspective towards Turkish films, Zaim said there is still an ongoing a discriminative political view of movies made in Turkey.

The period from the mid-1990s to the present is considered to be the strongest revival of Turkish cinema. Alican Sekmec, one of the coordinators of Frankfurt Turkish Film Festival and researcher on Yesil Cam cinema, recalls his professor at university telling him how German production companies were exasperated about the amount of Turkish films depicting life in villages. "But things have changed. People in Germany are very interested in Turkish films, wondering about the culture and cinema of the biggest minority in their country," he adds. Turkish cinema has made huge strides since 2004 when the culture ministry began substantially supporting films, prompting dramatically increased budgets. The ministry has doubled its budget for the film industry on the occasion of Turkish cinema's 100th anniversary, according to officials.

The department has given almost 27 million Turkish Lira ($12 million) for films and documentaries this year. Turkey also has seen cinema attendance records this year. Audiences have risen by 14.8 percent to 50.4 million admissions, the highest level in the past few decades, says the European Audiovisual Observatory. Over the years Turkey has also drawn attention from international filmmakers because of its cultural, historical and varied filming locations, from beautiful beaches to densely built cities and old bazaars. 'Taken 2' starring Liam Neeson, Ben Affleck's Oscar-winning 'Argo', 'Skyfall', one of James Bond's characterized movie series and 2007 fantasy film 'Harry Potter and the Order of the Phoenix' are the latest examples of international blockbusters shot in Turkey.