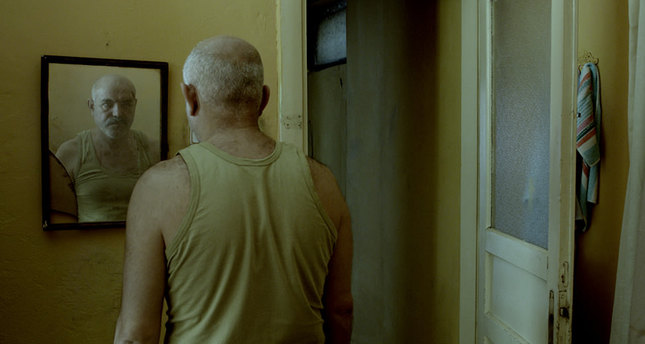 by Daily Sabah Oct 29, 2014 12:00 am
Istanbul Modern Cinema presents the third edition of New Turkish Films Program under the title of "Biz de Varız!" (Count Us In!) from Nov. 6-16. The program features 13 films that have made a name for themselves over the past two years and won awards at festivals, but were not widely screened in Turkish theaters. The films introduce new characters and identities to Turkish Cinema, which has been continually developing for the last 20 years, while also giving voice to the "other" by offering new social approaches and presenting a polyphonic selection. Here are some examples:

Nihat works in a hospital cafeteria as a cleaner and has a routine life, but he finds himself in an unusual situation when he meets Ayşe. Ayşe shows interest in Nihat and asks him to dinner at her house; however, the photo that Nihat sees at the house permanently changes his life. Ayşe's husband who is in prison bears a striking resemblance to Nihat. Characterized as a good example of black comedy, the film focuses on the concept of identity. The film won the "Best Screenplay Award" at the Rome Film Festival and the "Best Film Award" at the Istanbul Film Festival.

The life of director Ahmet Uluçay, well known for his film "Karpuz Kabuğundan Gemiler Yapmak" (Boats Out of Watermelon Rinds) recounting two children's passion for cinema, is the focus point of this documentary film. The film features Uluçay's cinematic journey, the interviews with him as well as people around him, his family life, his life after getting sick and days in the hospital. "A Dream School on the Steppes" gives the audience a chance to take a close look at the life of Uluçay who passed away in 2009. The documentary film won the "Best Documentary Award" at the Ankara Film Festival.

Deniz, who is preparing for university entrance exams, gets together with her friends whom she has not seen all summer, and they began to talk about the boys in their class, their university dreams and newly released albums. Deniz does not reciprocate Kaya's love, as she is into her guidance counselor, Fırat. The film, which recounts Deniz's life, love, friendships and family problems, premiered at the 64th Berlin Film Festival and won the "Best First Film Award" at the Antalya Film Festival.

A poor Kurdish family living in Batman goes to Ankara as seasonal workers to earn their living. As they work as lettuce growers in Ankara, a love story will change their lives. Öz's film questions some of the fundamental problems of the society including problems of seasonal and child labor.

In a world where people only live as characters for a very short time, people's memories are regularly wiped. The lives that people are supposed to live are uploaded to their brains everyday before waking. However, Seintn is doomed to live with the recollections of past characters and its unexpected consequences, as his memory is not wiped properly. A fine example of surrealistic cinema, "For the Blinds" questions the relationship between human beings and memory.

Kurtuluş and Saraçoğlu continue their cinema adventure, which began with "Orada" (There), with a documentary of their source of inspiration - well known Swedish director, Ingmar Bergman. The journey following Bergman's cinematic life takes the duo to film sets in Stockholm, Uppsala, Dalarna and Gotland and Farö Island where the director spent the past 30 years of his life. "Journey to Bergmania" also features interviews with Liv Ullmann and Wim Wenders who were deeply influenced by Bergman.

"The Fish" is the second film of Derviş Zaim's trilogy that focuses on man and nature. Kaya, his wife Filiz and their daughter Deniz live in a coastal town and earn their living by fishing. In order to find a cure for her daughter's speech problem, Filiz looks for specific species of fish. After discovering the fish is what Filiz catches every day, Kaya decides to build a fish farm, but he needs money for the project. He begins illegal hunting and puts his family in a dangerous situation. The film, which was granted Golden Cocoon Award at the Adana Golden Cocoon International Film Festival, is about the misuse of nature and man's suffering as a consequence.