A Minute With Christopher Nolan on his ‘Interstellar’ challenge 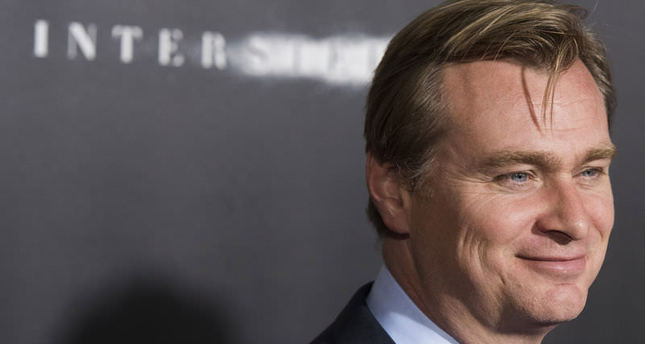 One of Hollywood’s most in-demand directors, Christopher Nolan, released his new science-fiction adventure that combines a human story with a vision of the future

After recasting the superhero genre with a dark realism in the "Dark Knight" Batman trilogy and dissecting dream manipulation in "Inception," director Christopher Nolan is tackling the final frontier.

"Interstellar," out in U.S. theaters on Friday, has taken Nolan into what he described as the furthest exploration of space in film. The movie balances an intimate father-daughter relationship within the backdrop of an intergalactic journey to save mankind.

Nolan, 44, talked to Reuters about casting Oscar winner Matthew McConaughey as his leading man, the challenges of constructing "Interstellar" and the effect of "Gravity."

Q: What does Matthew McConaughey embody as Cooper?

A: He has the right stuff. Cooper, he's a pilot, and the great thing about the American iconic figure of the pilot, the Chuck Yeager, (is that) there's a little of the cowboy about him. And I think Matthew embodies that wonderful, earthy sense of an everyman who has great integrity and is extremely competent, somebody you trust to guide you through this story and take you through this journey.

Q: What was your biggest challenge in balancing an intimate family story with an intergalactic journey?

A: The biggest challenge in that respect is creating a reality on set so that the actors, who are very much the human element of that - they're the intimate, emotional element of that - so that they can actually connect with the larger scale of the film, they can see it, touch it, taste it.

So we tried to build our sets not so much like sets, more like simulators, so the actors could look out of the windows and see the real views of what would be going on there, they could experience the ship shaking and reacting as they flew it.

Q: Why did you choose to set 'Interstellar' in a future that bears close resemblance to the present world?

There are a lot of leaps we're asking the audience to make in terms of engaging with a story which takes them places they haven't been before, so I think rooting the basic design of the film in the things that people know now is helpful.

Q: In "Interstellar," Earth faces a severe environmental disaster brought on by the grounds drying up. Did you want to address climate change?

Q: What impact did Alfonso Cuaron's "Gravity" make on how sci-fi films are viewed by critics and voters of film awards?

A: Obviously any time somebody succeeds in opening people's eyes to the potential of the genre, it really helps the people who follow to be able to capitalize on that. I did admit to Alfonso that I'm one of the only people on the planet who actually hasn't seen "Gravity," because it came out while I was in the middle of making my own science fiction film so I apologized to Alfonso and said 'I'm going to catch up with it when I'm done, but I don't want to be confused by it.'

But I think his success with that film, it really helps people working in the science fiction genre, because it just opens people's eyes to its potential.

Q: How has this movie impacted your own theological or ideological understandings of the world?

A: There's always that last question that people drop of enormous things. I don't know yet, is the simple answer. I'm still in it until it gets out there and becomes what it's going to be.