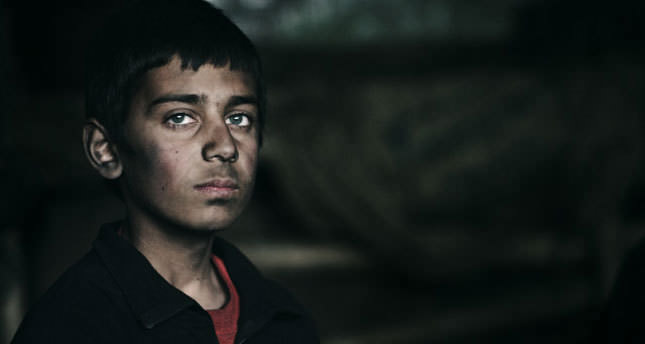 by AA
Nov 15, 2014 12:00 am
Organized by the International Bosporus Cinema Association and the Istanbul Media Academy for the second time, the International Bosporus Film Festival will bring together important figures of cinema that are expected to make their marks during the second century of Turkish cinema. The second International Bosporus Festival aims to become a platform that hands out the most prestigious short film awards in the world. The festival kicked off on the 100th anniversary of Turkish cinema yesterday at Cemal Reşit Rey Concert Hall. Sam French's "Buzkashi Boys," which was nominated for Academy Awards, was screened as the opening film of the festival. The festival will continue until Nov. 28. The Anadolu Agency is one of the main sponsors of the festival.

"We see this festival as an organization that will open the way for our filmmakers to the world scene," he added. According to Koç, the festival will award filmmakers around TL 150,000 ($66,000) in five different categories. Organized by the Boğazici Cinema Association and the Istanbul Media Academy, the festival focuses on Polish cinema as Turkey and Poland mark 600 years of diplomatic ties. Directed by Joanna Kos and Krzysztof Krauze, "Papusza," a film that tells the story of Polish-Gypsy poet Bronislawa Wajs, will be shown during the festival.

"Life Feels Good," "The Girl From the Wardrobe," "Erratum," "Ida," "Imagine," "You are God," "My Father's Bike," "Fear of Falling" and "Walesa: Man of Hope" are other Polish films that will be screened. As part of the festival's "box office" section, film lovers also have the chance to see popular Turkish films such as "Wedding Feast," "The Butterfly's Dream" and the "Eyvah Eyvah" trilogy.