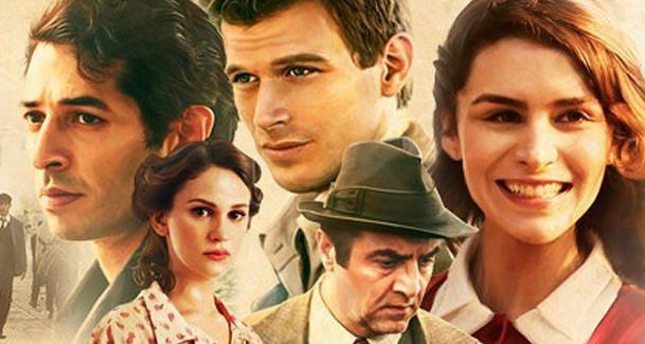 by AA Nov 18, 2014 12:00 am
The Ministry of Culture and Tourism doubled its financial support for film producers and paid TL 26,979,750 ($12.1 million) in order to finance several film productions. The aim is to increase the number of Turkish productions that are qualified to win awards in important international film festivals such as the Cannes, Berlin and Rotterdam. According to information complied by an Anadolu Agency reporter, Turkish cinema has recently become one of the most important tools that is increasing Turkey's international recognition. Founded by the Ministry of Culture and Tourism three years ago, the General Directorate of Cinema has been working to promote and enhance Turkish cinema by maintaining its success on international platforms and developing Turkish cinema as a brand.

The directorate received 951 applications for funding in the documentary, short film, animation, scenario and dialogue writing and development category. The directorate paid TL 3,185,000 to assist 89 documentary projects, TL 472,250 to assist 55 short films, TL 472,500 to assist 54 scenario and dialogue writing and development projects and TL 140,000 to assist 14 animation films. Moreover, the ministry contributed TL 10 million to support 64 local and 36 foreign events in 2014. Turkish films are internationally acclaimed and have been granted awards at some of the most prestigious film festivals around the world. Nuri Bilge Ceylan's "Kış Uykusu" (Winter Sleep), which was shot thanks to contributions from the ministry, won the Palme d'Or at the 2014 Cannes Film Festival as well as the International Federation of Film Critics (FIPRESCI) Award.

"Kelebeğin Rüyası" (The Butterfly's Dream), which is another ministry-aided production, was hailed at the 15th Moondance International Film Festival. Directed by Yılmaz Erdoğan, "Kelebeğin Rüyası" won the "Best Film" along with the "Best Music" awards thanks to Rahman Altın's compositions. Moreover, the leading actor of the film "Mert Fırat" won the "Best Actor" award at the festival, which is regarded as the Cannes Film Festival of the U.S.

Director Kaan Müjdeci's first feature length film "Sivas" was awarded the Special Jury Prize at the 71st Venice Film Festival. Also, the leading actor, Doğan İzci, won the "Premio Bastio D'Oro 2014" (Best Actor award) and was hailed by international film critics following the Venice Film Festival. "Sivas" was also one of the films that the ministry funded. The ministry-aided "Annemin Şarkısı" (Song of My Mother) was among the films that was screened at the 20th Sarajevo Film Festival, which brings film makers from around the world together with cinema lovers. Directed by Erol Mintaş, the film won the "Best Film" award and leading actor Feyyaz Duman was granted the "Best Actor" award.

The 59th Valladolid International Film Festival was another festival that granted awards to Turkish films. Kutluğ Ataman's "Kuzu" (The Lamb), which was the honored showing of the event, won the "Best Script" and "Best Director of Cinematography" awards. Furthermore, the jury of the festival awarded a "Special Prize" to the film's child actors.