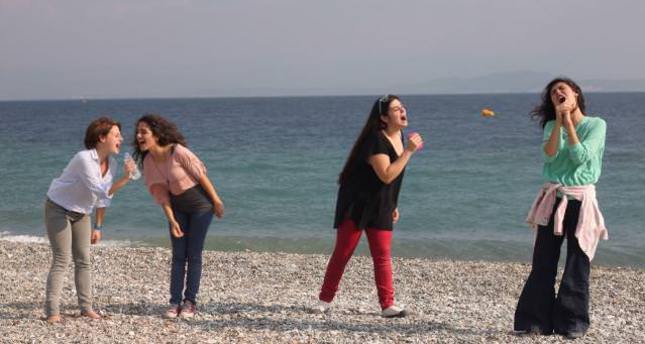 by daily sabah
Nov 19, 2014 12:00 am
Only two weeks are left to apply for the 14th !f International Independent Film Festival which will be held from Feb. 12 to March 1, 2015. The festival intends to discover new perspectives in Turkish cinema. It will take place in three different cities - Istanbul from Feb. 12-22 and Ankara and İzmir from Feb. 26 to March 1. The event accepts feature-length fiction, documentary and short films produced for the 2014-2015 season.

Following the assessments, the documentary and feature-length fiction films will be presented under the !f Istanbul's "Ev" (House) section which brings the films from or about Turkey with new perspectives. One of the selected films will compete in the festival's "Keş!f" (Discovery) section. The festival kicked off in 2008 and discovers young talents from Turkey and across the world. Every year, it selects the year's "most inspiring director," who wins $15,000.

The festival introduced a new competition section "Aşk & Başka Bi' Dünya" (Love & Another World) which presents activism-themed films. One of the selected fiction or documentary films will represent Turkey. The winner will receive $10,000.

!f Istanbul's most popular section "Türkiye'den Kısalar" (Short Films from Turkey) will present short films selected by directors, producers and viewers. There is no specific condition to suggest short film to this section such as duration, category or cinema technique. Any short films produced in 2014 by Turkish directors can be suggested. The section will divide the short films in different categories, which will be screened in Istanbul, Ankara and İzmir-based movie theaters and special festival areas free of charge. Viewers attending the short film screenings in Istanbul will select one director who will have the chance to participate in an international film festival. Application details and suggestion forms for short films are available at the festival's official website www.ifistanbul.com.