Meeting on the bridge for the love of cinema 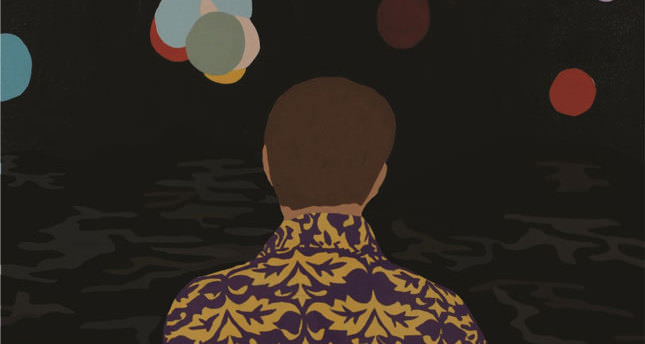 by Daily Sabah Nov 20, 2014 12:00 am
The 34th Istanbul Film Festival will take place for the 11th time from April 4-19, 2015 at the Istanbul Foundation for Culture and Arts (İKSV) under the sponsorship of Akbank. As part of the festival, the 10th edition of "Köprüde Buluşmalar" (Meetings on the Bridge) will be held from April 11-17. The side-event provides an international platform for co-productions while bringing together Turkish filmmakers of international repute. Turkish directors and producers will have the chance to present their ongoing film productions, feature-length fiction or documentary film projects to international professionals during one-to-one meetings on April 15-16. Meetings on the Bridge will also offer film projects and development workshops, discussions, cinema courses and forum.

Those who are selected for the film project and development workshops will be announced at an award ceremony reception on April 16. During the reception, the winners of the Turkish-German Co-Production Development Fund, which is supported by the Turkish Ministry of Culture and Tourism in collaboration with the regional funding institutions Hamburg Schleswig-Holstein and Medienboard Berlin-Brandenburg, will be announced. The deadline for application is Jan. 12, 2015. The details about the film project and development workshop and the Turkish-German Co-Production Development Fund will be announced in the following days. The workshops will allow directors, scriptwriters and producers to find the necessary funds to realize their film projects. The application is open to different film categories such as horror, fantastic and comedy.

The owners of selected projects will be offered a comprehensive preparation workshop aside from regular preparations such as presentation techniques. Following the preparations, the selected directors, scriptwriters and producers will meet with the representatives of international production companies, funds, media institutions or film distribution companies. On the decision of an international jury, the Ministry of Tourism and Culture Support Award of $10,000 and CNC (French National Cinema Centre) Support Award of EUR 10,000 will be presented to the winners. Additionally, the Melodika Sound-Post Production Award and the Mediterranean Film Institute (MFI) Script Workshop Award will also be given. Details about the application process are available on film.iksv.org/tr/koprudebulusmalar. Similar to previous years, the films presented at the Meetings on the Bridge were introduced at many international film festivals in 2014.

One of them, "Kuzu" (The Lamb) by Kutluğ Ataman, which made its world premiere at the 64th Berlin Film Festival, was selected as one of the best 50 films of 2014 by the European Film Academy. Other films such as "Mavi Dalga" (Blue Wave) by Zeynep Dadak and Merve Kayan, "Kumun Tadı" (The Taste of Sand) by Melisa Önel, "Sesime Gel" (Follow My Voice) by Hüseyin Karabey also made their world premieres at the 64th Berlin Film Festival. Erol Mintaş's directorial debut "Annemin Şarkısı" (The Song of My Mother) won the best film award at the Sarajevo Film Festival. Turkish actor Feyyaz Duman won the best actor award for his role in the film. Kaan Müjdeci's film "Sivas" won the Jury Prize at the Venice Film Festival and the best script award at the Abu Dhabi Film Festival. Child actor Doğaz İzci won the best actor award for his role "Aslan" in the film, again at the Abu Dhabi Film Festival. The films introduced at the Meetings on the Bridge also received many international awards. Aside from the international success of the abovementioned films, "Deniz Seviyesi" (Sea Level) by Esra Saydam and Nisan Dağ and "Toz Ruhu" (The Soul of Dust) by Nesimi Yetik received critical acclaim after receiving awards at the Adana Golden Boll Film Festival.