A Minute With: Christoph Waltz on being a ‘Horrible Boss’ 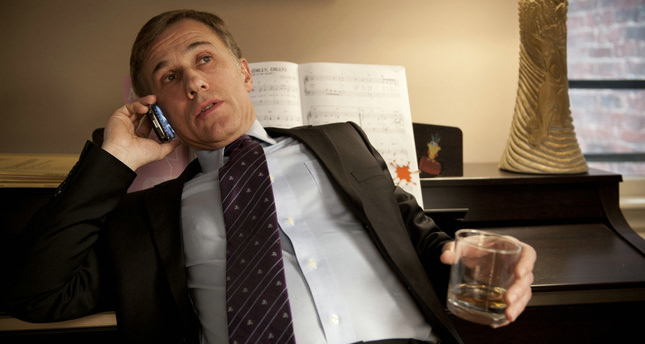 As Colonel Hans Landa in Quentin Tarantino’s ‘Inglourious Basterds,’ Christoph Waltz embodied an unsettling charm and cruelty, unleashing terror while maintaining his manners and securing an Oscar in the process

In "Horrible Bosses 2," out in U.S. theaters on Nov. 26, Waltz slides back into a egomaniacal character masked by a decorous facade.

The German-Austrian actor plays self-made entrepreneur Bert Hanson, who takes a chance on new business owners Nick, Kurt and Dale, the three hapless protagonists who unsuccessfully attempted to murder their terrible managers in 2011's raucous comedy "Horrible Bosses." But Bert tricks the three men and forces them to seek alternate ways to recoup their money.

Waltz, 58, spoke to Reuters about the perks of playing serious within a comedy.

Q: What drew you to this movie, and playing such a manipulative boss?

A: There were beautifully hidden spots in the script that say a lot about the world we live in, and say a lot about that we actually would like to live in a different world, so that was already an interesting aspect that attracted me. But then there's a lot of comedy business going on that didn't appeal to me at first in the script, but knowing what it would turn into, and talking to the people who would turn it into a movie, was completely convincing.

Q: How did you connect to Bert Hanson's ruthless motivations?

A: That's what I do for a living, imagination is a wonderful, wonderful device, and usually we call reality what goes against our imagination, but that's not true. Imagination is a reality. I have the wonderful opportunity to work in a profession where you can actually act it out, so imagination is really the most important prerequisite.

Q: What did you get to explore in this film that you've never been able to do before?

A: Not so much new stuff or uncharted territory, but the combination to be this very serious, or to show this very serious approach to life and business, vis-Ã -vis three people who don't seem to get it at all, and who actually go off on their little rampages over everything. That's kind of a combination I hadn't done before. Usually when you play such a serious character, the reply is on the same level, but that's what makes comedy, that the reply is on a different level.