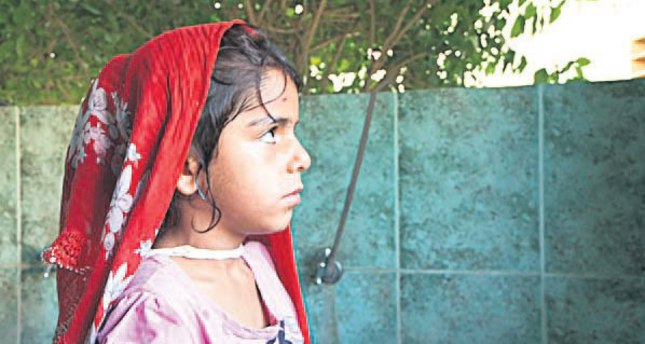 by daily sabah
Nov 24, 2014 12:00 am
To give impetus to the short film industry, the 26th Istanbul International Short Film Festival got underway last week in the city's cultural institutions.

The festival program features select short films from the collections of the Krakow Film Foundation, the Goethe Institute, Instituto Cervantes, EYE Film Institute Netherlands, UNIFRANCE and the Rome Film Festival. The Cinema General Directorate under the Turkish Ministry of Culture and Tourism and the consulate generals of Poland, the Netherlands, Argentina and Sweden contributed to the ongoing event. Filmmakers from around the world submitted their films in four different categories - fiction, animation, documentary and experimental. Among 936 applications, the festival committee received 237 submissions from Turkey.

Each year, the one-week event introduces almost 200 short films along with panel sessions and workshops. Prestigious examples from French cinema's recent period are probably the festival's must-see section. Guillaume Poulet, the president of the Grenoble Cinema Association and the Open Air Short Film Festival, selected 16 films for movie buffs to be screened today and tomorrow. Similar to previous editions, invited directors, producers and actors are gathering with viewers to talk about their works and the country's film industry.

The event paves the way for co-productions between Turkish and foreign filmmakers. Oscar-nominated and award winning short films are also screened throughout the event. Among them are "Balance" by German directors Christoph and Wolfgang Lauenstein, "Quest" by Tyron Montgomery, "Gregor's Greatest Invention" by Johannes Kiefer and "Black Rider" by Pepe Danquart. A special film session will be dedicated to all award-winning films on Nov. 26.