Russell Crowe to visit Turkey for ‘The Water Diviner’ premiere 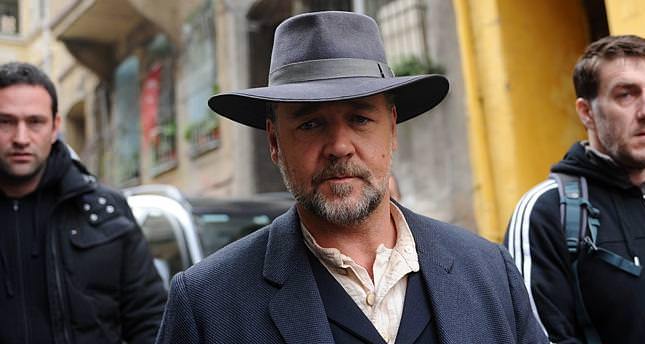 by Daily Sabah Dec 01, 2014 12:00 am
Academy Award winner Russell Crowe will attend the Turkish premiere of his latest film "The Water Diviner," which he directed and stared in alongside Yılmaz Erdoğan and Cem Yılmaz, on Dec. 5. The cast will answer questions before the screening during a press conference and Crowe will be accompanied by the leading lady of the film, Olga Kurylenko, at the premiere that will take place at Zorlu Center PSM. "The Water Diviner," which will open in theaters on Dec. 26 - the 100th anniversary of the Battle of Gallipoli - will be presented by NuLook Istanbul and distributed by Mars Dağıtım in Turkey. The film recounts the story of an Australian farmer, Connor, who comes to Istanbul four years after the war to learn what happened to his three boys. The film was shot in Australia as well as Istanbul and Fethiye. The actor visited many historical places in Istanbul during his stay and expressed his admiration to Turkey by saying, "Turkey is one of the most beautiful countries in the world. There are a lot of people there whose hearts are filled with love."