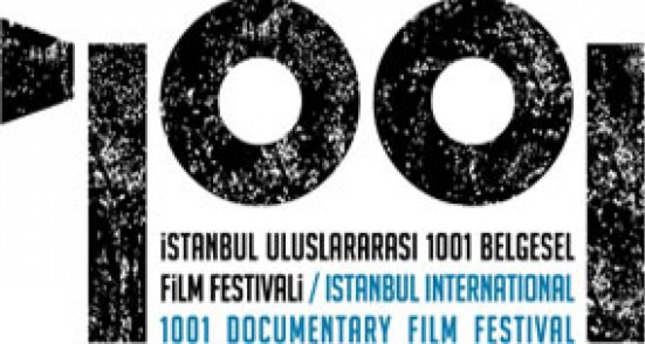 by Daily Sabah Dec 04, 2014 12:00 am
The festival committee for 1001 Documentary Film Festival decided on the theme "Emergency Exit" in order to draw attention to current events. On the one hand, our world is subjected to global warming, the depletion of fossil fuels and natural disasters while on the other hand, individuals come face-to-face with economic, political and social crises. Dominant powers presume that the remedy lies in excessive consumption and totalitarian regimes; however, there has to be some kind emergency exit, which our memories and minds can reveal to us. The Association of Documentary Filmmakers sees this as filling the missing fragments of collective memory and taking responsibility for our surroundings as the reason for existence. The organization also believes that a creative approach to crafting the future will gain momentum with the institutionalization of documentary film.

Since 1997, the Association of Documentary Filmmakers has hosted thousands of documentary films from around the world and brought many documentary filmmakers and film critics together. It now invites cinema lovers to share a variety of realities and dreams for the 17th time. Organized thanks to contributions by the Ministry of Culture and Tourism, this year's festival shares 54 films from 20 countries with people who want to see what is happening in the world around us. Besides 19 Turkish productions, the participants will have a chance to watch films from the U.S., Germany, Austria, Argentina, Denmark, the United Arab Emirates, South Africa, Italy, Spain, Israel, Sweden, Switzerland, Japan, Southern Cyprus, Lithuania, Lebanon, Mexico, Poland and Greece. All foreign productions as well as most of the Turkish documentaries featured in the festival were shot over the past two years and are being shown in Turkey for the first time.

Like every year, the International 1001 Documentary Film Festival's screenings are free of charge. Cinema lovers can see the documentary films featured in the festival at Sahne Beşiktaş, the Levent Cultural Center, the French Cultural Institute, Sismanoglio Megaron, Aynali Geçit and the Nazim Hikmet Cultural Center in Kadıköy. Aside from screenings, the 17th edition of the festival also continues to bring the audience together with documentary films and documentary filmmakers as it does every year. This year, several events are being held in parallel with the film screenings that are intended to support the cinema industry, especially documentary filmmakers, professionals, amateurs, students and academics. Moreover, the festival highlights the problems faced by documentary filmmakers and will hold a meeting for international distributors. While producing documentary films is a challenge on its own, distributing them is another. Gaining the approval of cinemagoers is sometimes the biggest obstacle filmmakers face, especially those who shoot documentaries. On Dec. 8 and 9, the festival will bring international distributors together with Turkish film producers. Expert representatives of internationally known distribution companies will talk about sales relations, methods, the demands from overseas as well as their expectations. The meeting, which will also serve as a workshop and mini-marketing experience, will answer filmmakers' questions about how their productions can be distributed abroad. This year, the International 1001 Documentary Film Festival is showcasing documentaries shot by students under the series title of '101 Anthology'. Within the program, a young director chosen by the jury will be granted a TL 3,000 ($1,342) prize for his or her next project and another director will be given TL 6,000 for post-production support for his or her next documentary film. The 17th edition of the festival will also hold panel sessions and workshops for young filmmakers, professionals and cinema lovers.

The problem of censorship and self-censorship is not only making itself apparent in the media, but in every field of the arts. Unfortunately, this includes documentary filming as well, which should be telling real stories taken from life. The festival addresses this topic, which is one of the most discussed subjects today. The aim of this panel session is to create a dialogue on censorship and self-censorship in documentary filming based on a previous exemplary session.

This special event is inspired by researcher-writer and art director Soula Boziş's book "Cinema and Greek Filmmakers: From Paris to Pera." Within the framework of the event, a six-and-a-half minute-long film titled "Taksim," allegedly shot between 1926 and 1927, will be screened. Composed of short episodes in Ottoman-era language as well as French, the film shows the daily lives of people around Gezi Park, Taksim and Bomonti. Moreover, the event also features Dimitris Meravidis who shot pathe films in Istanbul in 1903. Sula Boziş dedicates this event to her husband, Yorgo Bozis, a documentary filmmaker and one of the founders of the Young Cinema Movement.

The creative use of 3D filming has become widespread in documentary filming. Successful documentary directors such as Wim Wenders and Werner Herzog present fine examples of 3D films. During this panel session, Ersan Ocak, Kurtuluş Özgen and Şafak Dikmen will talk about creative 3D documentary filming and its design. Moreover, Wim Wender's film "Pina" whose subtitle is "Dance, dance, otherwise we are lost," will be analyzed and studied.

The use of the camera is the most crucial element of a flawless documentary production in terms of technical content and aesthetics. Thanks to technological advancements, films can be shot even with a mobile phone. The Berlin-based director of photography, Vojtech Pokorny, will talk about the equipment necessary for documentary filmmaking and the right choice of camera equipment. The director will also organize a camera workshop with alternative equipment.

While making a documentary film, audio is as important as the visual. This workshop focuses on how to prepare necessary sound equipment before shooting the documentary and also predicts and provides solutions to problems beforehand. The event will illustrate the right choice of sound equipment in different conditions and what the new technology provides