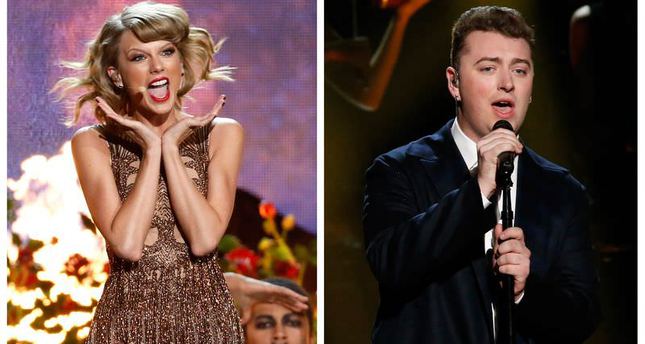 Smith, 22, picked up nods in the three top Grammy categories including Record of the Year and Song of the Year for his song "Stay with Me." He follows in the heels of fellow British soul-pop singer Adele, who won all six of her Grammy nominations in 2013 including the top three awards.

Pharrell, 41, earned Grammy nominations for his own album "Girl" and his production work on Sheeran's "X" and Beyonce's self-titled record. Beyonce, 33, became the most-nominated artist in Grammy history with 52 nominations. Her self-titled album, released without fanfare last December, is one of this year's biggest-selling records with 2 million U.S. copies sold.

The Recording Academy comprises music industry professionals who select Grammy contenders from music released between Oct. 1, 2013 and Sept. 30, 2014. In an effort to draw younger viewers to the annual Grammys ceremony in Los Angeles on Feb. 8, 2015, the Recording Academy chose to announce the nominees in 82 of its 83 categories throughout Friday morning on its Twitter feed.