Turkish-made fantasy cinema set to kick off in Ankara 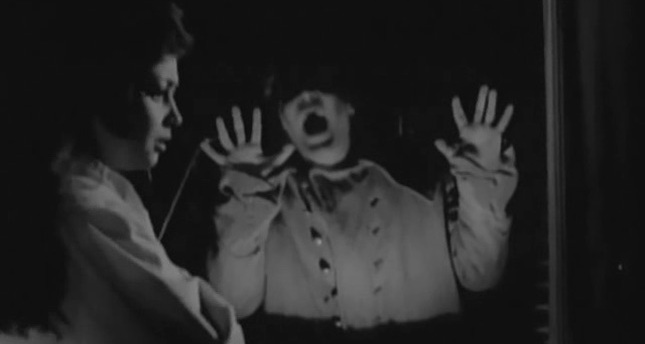 by AA Dec 16, 2014 12:00 am
"Fantasturka: Turkish Fantastic Films Festival" will bring prominent Turkish productions together with movie buffs in Ankara following screenings in Istanbul. Held by the Ankara Short Filmmakers Association, the festival kicked off in Istanbul on Dec. 12 at the Kadıköy Nazım Hikmet Cultural Center with the screening of "Ölüler Konuşmaz Ki" (The Dead Don't Talk). The festival will continue in Ankara from Dec. 18-21.

Festival president Kerem Akkoyunlu told Anadolu Agency that this festival is a sign of loyalty to classic Turkish films, and is intended to support fantasy and horror films in the Turkish film industry. Akkoyunlu pointed out that old Turkish fantasy films are still watched and very much in demand. The organizers selected the films that are featured in the festival very carefully in order to host the last living representatives of that period. It was also stated that the third edition of the festival has its own fan base and audience now. Before screening the 1972 production "Yılmayan Şeytan" (The Deathless Devil), scriptwriter Ege Görgün offered his insight into the film. He said the film features scenes that appear disconnected. "Keep in mind that you will be watching a dream. This complicated dream is actually the dream of Yılmaz Atadeniz," Görgün stated. The first day of the festival which also featured "Drakula İstanbul'da" (Dracula in Istanbul), continued with the screening of Metin Erksan's 1974 film "Şeytan" (The Devil).

Within the scope of the festival, audiences in Istanbul had a chance to watch cult Turkish productions with the participation of directors and actors. The festival, which includes films that were chosen among 3,000 films from the 1950s to the present day, presented "Vahşi Kan" (Turkish First Blood) under the guidance of moderator Utku Uluer, with the participation of director Çetin İnanç on the second day. On the same day, "Dabbe 5: Zehr-i Cin" was screened, following the panel session with its director Hasan Karaca. Worldwide cult film "Dünyayı Kurtaran Adam" (The Man Who Saved the World), was also featured with the participation of Çetin İnanç. "Ölümün Nefesi" (The Hand That Feeds the Dead) was the closing film of day two. The third and last day of the Istanbul festival began with "Tarkan: Altın Madalyon" (Tarkan: The Golden Locket), and the program proceeded with a panel session with director Çetin İnanç and actor Yılmaz Köksal participating. The film "Zagor: Kara Bela" (Zagor: the Dark Trouble) was screened with the participation of Levent Çakır, one of the film's actors. The last film that was screened in Istanbul was "Sihirbazlar Kralı Mandrake Killing'in Peşinde" (Mandrake VS Killing).

"Fantasturka: Turkish Fantastic Films Festival" will run in Ankara from Dec. 18-21. Besides the films featured in the festival, there will also be exhibitions titled "Türk İşi Robot Yapım Atölyesi" (Turkish Robot Manufacturing Workshop) and "Kahramanlar Aramızda" (Heroes are Among Us), displaying super hero models and original film posters. The festival in Ankara will take place at the Contemporary Arts Center and the screenings will be free of charge.