Kaygun’s contribution to cinema under the microscope 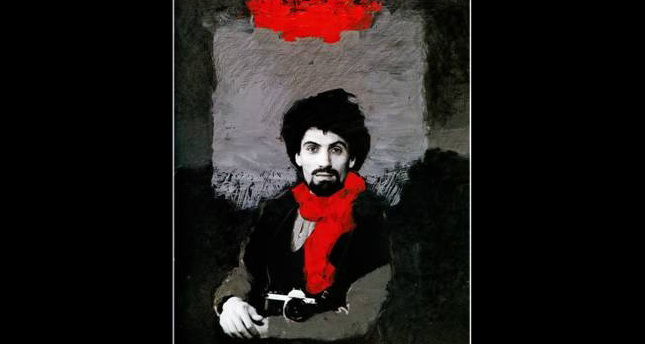 Şahİn Kaygun's photographs are dominated by his cinematographic narrative, echoed in his sophisticated artistic persona with films he calls "the point where all arts meet most intensely." Before his directorial debut, Kaygun was a scriptwriter in the 1980s. He went on to become the art director of numerous successful films such as "Dul Bir Kadın" (A Widow), "Adı Vasfiye" (Vasfiye is Her Name), "Oh, Belinda!" and "Anayurt Oteli" (Motherland Hotel) through which he brought a new approach to the Turkish film industry in terms of aesthetics and structure. The filmmaker's versatile artistic personality is most felt in his 1987 film "Dolunay" (The Full Moon). "In a period where cinema in Turkey has been more verbal than necessary, he succeeded in transcending the ordinary by using the language of the image," Burçak Evren said. Cinema critic Alain Bellet said, "Folkloric Turkey, laden with exoticism and good feelings, leaves the stage here," and adds that, after directors who stoked foreigners' thirst for the ethnic, Kaygun's film dealt with the problematic of pure existence in a magnificent manner.

Within the scope of the program that will run from Dec. 25 to Dec. 28, Kaygun's directorial debut "Afife Jale" and the 1987 film "Dolunay," which was among the selection screened in Critics' Week at the Cannes Film Festival in 1988 will be screened. Moreover, Atıf Yılmaz's "Dul Kadın" in which Kaygun undertook the artistic directorship, "Adı Vasfiye," "Oh! Belinda" and Ömer Kavur's "Anayurt Oteli" will be screened.

Suna, who has lost her husband, leads a tranquil life among high society. As she tries to keep up with the others, she realizes that she is beginning to get bored. One day, she meets photographic artist Ergun, and he pulls her with him into a freer life.

Serap is an actress who finds middle-class lifestyle strange, and seeks to avoid the traditional family structure. One day, while she is playing the role of ordinary housewife "Naciye" in a shampoo commercial, she suddenly loses her true identity and becomes the character Naciye. Caught between reality and fantasy, will Serap be able to survive the world outside the shampoo commercial without losing her sanity? With Kaygun as artistic director, the film portrays despair in socially realistic cinema by blending social reality and fantasy with the flow of ordinary life.

Afife Jale was the first theater actress to act on stage during the Ottoman era when Muslim women were forbidden to do so. However, her stage career did not last long as she was forced to leave the stage due to the objections of a close circle and state officials. Although she wanted to continue her profession, she suffered a nervous breakdown due to the oppression she suffered and spent the rest of her life in a psychiatric hospital. Kaygun's directorial debut, the drama touches on the effects of the oppression of society during the Ottoman era through a real life story.

This magic-realism film, a highly creative adaptation of Yusuf Atılgan's novel, recounts a psychological story that can leave a mark on the individual's inner world of loneliness. One day, a woman visits Zebercet who manages a small hotel in rural Anatolia. After they spend a day together the woman tells him that she must go, but will come back, and so Zebercet begins to wait. As he is a shy person who suffers from communication problems, the wait drives him into a deep loneliness and eventual insanity. This psychological film is a melancholic narrative of not finding one's place in a repressive society and is both an "auteur" film, and one of the prominent films following the 1980 military coup.

Although Biriçim married her husband out of love, she cannot find happiness in her marriage. Due to depression, she even feels distant from her love of painting. Birçim's life changes with the arrival of a visitor in their home. This guest, who is like a portrait from her past, will revive her long-forgotten memories, and drags her into an endless passion. Questioning an existentialist subject, "Dolunay" also represents the cinema of the 1980s through its strange melancholy as well as its individual crises and voids in an enclosed space. The film was included in the selection of the Critics' Week at the Cannes Film Festival in 1988.

The real name of Sevim Suna, a nightclub singer, is Vasfiye. The film presents four different portraits of Vasfiye through the eyes of four different men who know her. Her entire life - her childhood, youth, loves and marriages, her sufferings and joys are brought to the silver screen through the perspectives of four men who differ at first glance, but essentially share common traits. Adopted by Necati Cumali's five short stories by Barış Pirsan, "Adı Vasfiye" is regarded by many as the first example of Atıf Yılmaz's "fantastic cinema with social content."