‘One Hundred Years of Love for Turkish Cinema’ digitalized 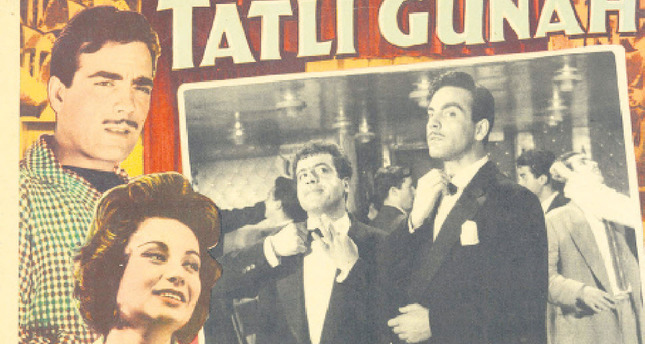 The digital archive features many of the exhibition's items, including movie tickets, photographs, magazine covers, rarely-seen posters and flyers, along with special collections of Turkish cinema fans and interviews with actors, and will be available online at www.yuzyillikask.istanbulmodern.org after the event closes. Available both in Turkish and English, the archive will be an important reference source in the field of Turkish cinematic history for researches and movie buffs. The online exhibition will also allow visitors to create their own archives through an interactive module "Kendi Sergini Oluştur" (Create Your Own Exhibition). Visitors can click and select exhibition items for their collection and then share it on social media platforms. The digital archive is compatible with smartphones and has been designed to reach larger audiences.

To celebrate of the centennial anniversary of Turkish cinema and the 10th anniversary of Istanbul Modern, the exhibition explores Turkish cinema's history, which began in 1914. The event demonstrates the interaction between Turkish films and audiences from the perspective of individual and collective worlds. The concept of cinema is examined through the eyes of the audience, which has sustained Turkish cinema since its early periods. Described as "temples of the audience," movie theaters are treated as a venue where the audience creates the most concrete relationship with cinema. From Turkey's first theaters to the multiplex movie cinemas of today, a nostalgic presentation of Turkish film can be seen in newspaper advertisements, magazines, brochures, posters and film programs. Another section of the event is allocated to feature special items of collectors and exclusive interviews with Turkish actors. Funded by the Istanbul Development Agency's 2014 Financial Support Program, the exhibition has hosted 147,600 visitors since its opening day on Sept. 25. The event is attracting visitors of all ages including the veteran Yeşilçam actors. Curated by Gökhan Açkura and Müge Turan, the exhibition will be open until Jan. 8.