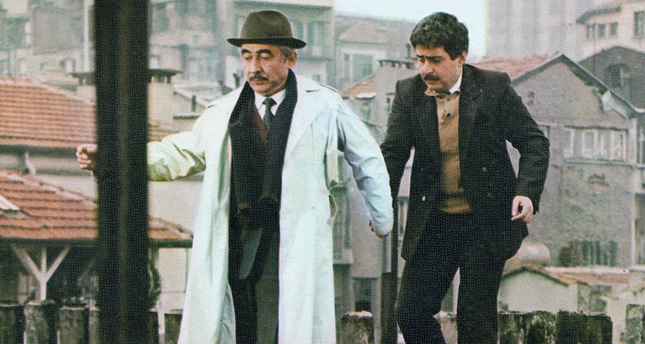 The project, which was initiated by the Ministry of Culture and Tourism's Directorate General of Cinema two years ago, is planned to bring a breath of fresh air to Ankara. The project was presented after similar examples abroad were studied and will feature a cinema museum, cinema library, film laboratory, workshops and exhibition venues as well as an open air theater, cafeteria, souvenir shop and a film archive. It is estimated that over 6,000 feature length films have been shot since the beginning of Turkish cinema, however only 4,000 have reached the present day. The archive will gather films belonging to various establishments and collections under a single roof and promote Turkey's film heritage to the world.

Cinema carved out a niche for itself in the Ottoman Empire one year after it was introduced to the world. Each film from that period was composed of five to eight boxes weighing 30 kilograms. In order to preserve these historical films, which are labeled 35mm, in a proper temperature, the project will include an archive space for more than 150,000 boxes. The archive is estimated to store nearly 30,000 films including feature length and short films as well as documentaries.

The project is also important for the restoration and digitizing of the films. Once the museum opens its doors, all the films will be accessible by the public. A film laboratory will be built inside the museum complex as part of the project. The restoration work of a film, which costs anywhere between 50,000 euros to 100,000 euros, will be carried out by the state thanks to the new facility. Those who will work in the laboratory will be chosen from among experts who were sent abroad for education by the ministry and these experts will restore the films frame by frame to pass on the history of Turkish cinema into the future. The museum, one of the most important elements of the project, will display cameras that have been used since the beginning of Turkish cinema, cinematographs, film posters, belongings of actors and various other items representing the history of the Turkish silver screen.

Following unofficial negotiations, Türkan Şoray, also known as the "sultan of Turkish cinema," is expected to donate all of her costumes featured in her films to the museum. Furthermore, the project will fulfill the need for large cinema halls that are suitable to organize premiere nights for films with two new halls. One of these halls will have a 550-person capacity and will feature IMAX technology, which is capable of recording and displaying images of far greater size and resolution than conventional films. Thanks to the cinema halls that will be fit for red carpet ceremonies, Ankara could become a center of attraction for the film industry. The premiers of Turkish films as well as some foreign productions are planned to be held in these halls. The Turkish Film Archive and Cinema Museum will have a cinema library featuring cinema-related publications. The project will also offer an exclusive opportunity to amateur cinema lovers - amateurs who complete shooting their films will be able to use the editing room free of charge. Through this, the project aims to encourage young people and amateurs, facilitate their work and improve the cinema industry.

One of the targets of the project is elementary and middle school students. With the school trips organized to visit the museum, children will become acquainted with cinema at a very early age and be educated in various fields of cinema at the workshops held within the museum complex.

Officials of the project plan the Turkey Film Archive and Cinema Museum to be a place where people of every age can spend quality time with their families all year around. For this purpose, the museum will offer various events regarding music and fine arts besides cinema. The foundation of the museum, which is located in Ümitköy, Ankara, is planned to be laid in the next spring. The museum is intended to be opened in 2017.

Cem Erkul, the director of the General Directorate of Cinema, told Anadolu Agency that they want to surprise people with a pleasant museum complex. "We want to offer our services to people of Turkey with this museum. This complex will be a landmark of Ankara just as Selimiye Mosque is the landmark of Edirne," Erkul noted. "What we do is important for people as well as cinema. The museum will have its own essence and the building will mean something when people feel and enjoy that essence," he continued.

Erkul claimed that the building will be regarded as one of the finest examples of its kind around the world. "We are going through a tough period as this is a very difficult construction," he said, adding, "The structure of the building and the geographical position of the area on which we plan to build it have their disadvantages however, once we finish the construction everything will turn to an advantage." As the area where the museum will be build is in the shape of a crescent, a part of the building will be under the earth and it will be a great opportunity for experts to adjust proper temperature of the archives, according to Erkul. He pointed out that the museum will fulfill a great need as even the objects featured in the films hold a special place in the people's memories. The wide area surrounding the building will be made into a "Cinema Forrest" and similar to the stars in Hollywood's Walk of Fame, trees will be planted in the name of the actors.

Erkul further stressed that the project is important for Turkey's vision. "Artists Rasim Özdenören, Alaaddin Özdenören, Mehmet Akif İnan, Erdem Beyazıt, Cahit Zarifoğlu, Ersin Nazif Gürdoğan and Hasan Seyithanoğlu, also known as the "Yedi Güzel Adam" [Seven Good Men - a drama series screened on state-run TRT] were present with their best works in a poetry and literature atmosphere in Turkey. If there has not been an artistic movement in the country, these men would have not produced art," he noted. He said that the state's essential duty is to help create such artistic atmosphere in Turkey. "This is not about money. Our aim is to form a creative atmosphere in cinema because we cannot exist unless we revive our gained audience," Erkul concluded.