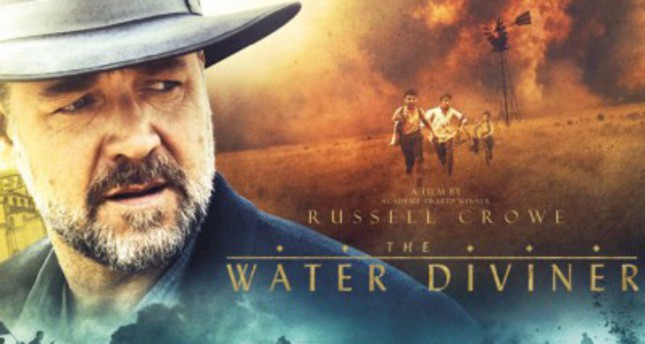 Last weekend, the film was watched by 281,461 viewers and surpassed the weekend box office rating of "Hobbit: The Battle of the Five Armies," which has been watched by 1,130,455 viewers so far, according to Box-Office Turkey. "The Hobbit" was watched by 227,178 people last weekend, and "The Water Diviner" now ranks first in the weekend box office rating. Crowe expressed his thanks for the interest of viewers via Twitter. "The Water Diviner" depicts the story of an Australian man who travels to Turkey in the aftermath of the Gallipoli War to find his missing sons. The film shows the destructive impact of the war from both sides. Set in 1919, four years after the war, the epic drama begins with the arrival of Australian farmer Joshua Connor to Turkey, searching for his three sons. Joshua is determined to find them with the help of "Ayşe," the owner of the hotel he is staying in, and Major Hasan, who fought against his sons. Connor and Major Hasan travel around the war zone looking for some sign of the missing brothers.