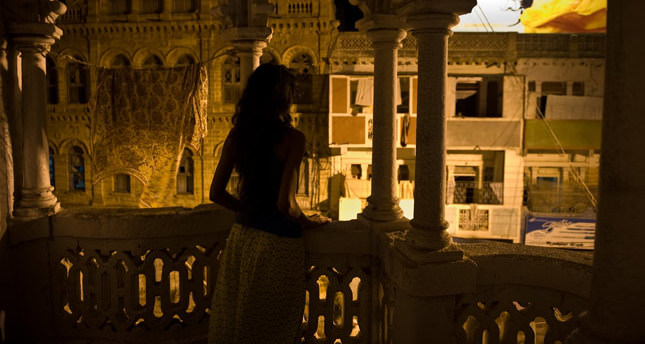 The once flourishing commercial film scene known as ‘Lollywood’ once appeared to be dead, with thousands of cinema houses across the country being converted, but now a revival is on the way

Pakistan's film industry found new life in 2014, with a handful of low-budget films succeeding in halting the industry's long downward spiral. The once flourishing commercial film scene known as "Lollywood" had appeared to be dead, with thousands of cinema houses across the country converted into commercial plazas and markets. Last year the trend began a slow reversal, with 15 new films succeeding in attracting audiences back to the cinema. "2014 was a completely different year for Pakistan's film industry altogether," said Nawab Hassan Siddiqui, a Karachi-based veteran film critic.

"Look at the difference. There was not even a single film in 2012, only four in 2013 and in 2014, we had 15 films in the circuit." One of the year's biggest hits was Namaloom Afrad, or Unknown Persons, a film about criminal gangs that loot banks in broad daylight but are always described in police records as "unidentified." The film raked in 150 million Pakistan rupees ($1.5 million). "At least 28 major banks booked cinemas for their staff to show this movie," said Nabeel Qureshi, one of the film's two young producers. "This overwhelming response to our effort has propelled us to go for more projects in 2015."

Observers of the industry see the entrance of young producers and directors like Qureshi as one of the main reasons for its resilience. "The first and foremost factor is the entry of fresh blood in the dead industry. Actors-turned-directors and producers have come up with fresh and attractive ideas that have attracted the audiences," Siddiqui said. The second reason is more business-oriented, with the film industry helped by small cinema houses being set up in shopping centers and superstores, giving people a complete package of shopping and entertainment.

Crowds, especially young ones, are also feeling more secure about going to cinemas in a country where militants have often targeted civilian gatherings.

Worst hit by this had been the Pashtun population. Before last year, there had been several bomb attacks on cinemas in the northwestern Khyber Pakthunkwa, where the provincial capital Peshawar was once known as a hub for cinema houses. Peshawar now only has two cinema houses - one of them saw 12 people killed in a 2013 attack - and few local Pashtuns leave their homes to watch films, but the Pashtun industry has also had a revival. Six out of the 15 films made in Pakistan were made by the Pashtun industry. The lack of cinemas extends throughout the country, the commercial capital Karachi only has 38 serving a population of 18 million. Many of them were converted into commercial properties but Siqqui feels that could change in the near future.

"Money counts in every business. When the investors realized that there were no profits in this industry, they disappeared. But now, they see huge profits, they are back," Siddiqui said, referring to the creation of new small cinema houses. Both Siddiqui and Qureshi praise the government for allowing the screening of Indian movies in Pakistani cinemas. "Credit also goes to Indian movies that helped bring the audiences back to cinema houses," Siddiqui said. "Frankly speaking, 13 movies in a year are not enough to cope with the taste of 180 million population. It's the Indian movies that bridged this gap." Qureshi agreed but was cautious about "too much" dependence on Indian movies stifling Pakistani cinema's efforts to regain its old glory. Indian movies, he said, should support, not replace Pakistani cinema.