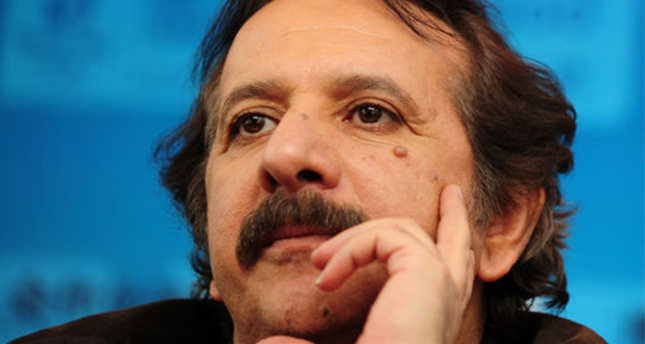 Majid Majidi will soon release a new film about the Prophet Muhammad’s childhood years, which has created controversy on whether the image of the prophet’s face would be shown

A new Iranian film titled "Muhammad" has sparked debates in the Islamic world, as rumors are speculating that the internationally acclaimed director Majid Majidi is planning to portray Prophet Muhammad's face in the film, which is generally prohibited in Islam as a measure against idolatry. Majidi - whose productions have received critical acclaim, including "Children of Heaven," "The Color of Paradise," "Baran" and "the Song of Sparrows" - spoke at the film's launch event and denied the claims, saying no image of the prophet's face is shown. Majidi said that he appreciates the reaction and sensitivity of the Islamic world toward the rumors, yet expressed his discomfort for such groundless claims. "A comprehensive study was conducted by a research team during the pre-production phase, which took two years. We consulted a number of Sunni and Shiite scholars in different countries in order to introduce a proper portrayal of Muhammad," Majidi said, adding that the film is set in a specific time period when there was consensus between the two Islamic sects. The famed filmmaker encouraged all to maintain the same sensitivity to the attacks and insults against the personality and values of the prophet. "We should show our response to those committing any violence toward Islam. I believe cinema is today's most influential power to do so. I would like to call the attention of the Islamic world. We can work together and invest more in the film industry," he continued.

With a special focus on the prophet's childhood, the film will describe the need for new religious and social change among the people during the period. Majidi underscored the early and adolescent years of Prophet Muhammad bear significance when examined from a sociological and historical perspective. "We decided to make a film about the prophet's childhood, as I hope it will contribute to unify Islam and will not create controversy. Those years will remind humans of the need for Islamic values even if they are not Muslims," Majidi said. So far, a number of films have been produced about Jesus Christ and Moses by Western filmmakers. Majidi criticized the limited number of films depicting the life of Prophet Muhammad. "While Buddhists have made 45 films about Buddha, we Muslims have not produced any films other than the one by Moustapha Al Akkad almost 40 years ago," he said. Syrian filmmaker Akkad released "The Message" starring Anthony Quinn and Irene Papas in 1976, which delved into the life and different times of the prophet. The Oscar-nominated film is seen as one of the best representations of the birth of Islam. "There are some TV series and films exploring the history of Islam; however, they were unable to gain traction in the international film scene because they were either restricted to certain regions or poorly supported. I truly appreciate all efforts and respect them," Majidi added. "After we watch the film, then we can sit and talk. We may even create new projects," he concluded. The pre-production, shooting and editing phases of the film took seven years. In February, the International Fajr Film Festival will host the gala of Majidi's anticipated film.