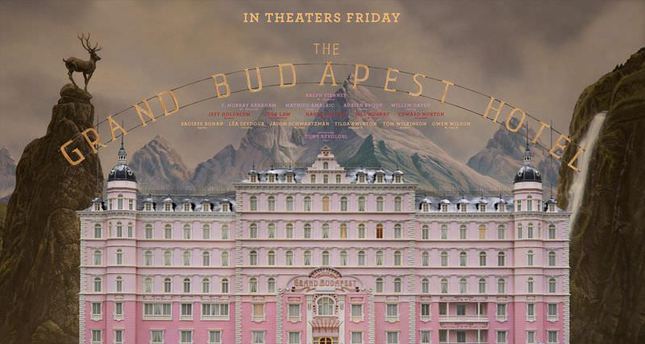 by Anadolu Agency Jan 15, 2015 12:00 am
Hollywood announced the 87th Academy Award nominations Thursday, with "Birdman" and "The Grand Budapest Hotel" topping all films with nine nominations each, including best picture.

The war drama "The Imitation Game" is up for eight awards, while "Boyhood" and "American Sniper" each have six nominations.

Six other films are in competition for the best picture prize alongside "The Grand Budapest Hotel," about a renowned concierge wrongfully accused of murder, and "Birdman," about a superhero attempting to mount a comeback by appearing in a Broadway play.

They are "American Sniper," "Boyhood," "The Imitation Game," "Selma," "The Theory of Everything" and "Whiplash."

Eddie Redmayne, who won best actor at last week's Golden Globe Awards for his portrayal of Stephen Hawking in "The Theory of Everything," will compete for best actor along with Steve Carell ("Foxcatcher"), Bradley Cooper ("American Sniper"), Benedict Cumberbatch ("The Imitation Game") and Michael Keaton ("Birdman").

Awards will be presented February 22 at the Dolby Theatre in Hollywood and televised live in more than 225 countries and territories worldwide.

The complete list of nominees for 87th Academy Awards is as follows:

Makeup and Hairstyling: Foxcatcher, The Grand Budapest Hotel, Guardians of the Galaxy

Original Score: The Grand Budapest Hotel, The Imitation Game, Interstellar, Mr. Turner, The Theory of Everything

Animated Feature Film: Big Hero 6, The Boxtrolls, How to Train Your Dragon 2, Song of the Sea, The Tale of the Princess Kaguya

Original Song: Everything Is Awesome, The Lego Movie Glory, Selma Grateful, Beyond the Lights I'm Not Gonna Miss You, Glen Campbell: I'll Be Me Lost Stars, Begin Again

Animated Short Film: The Bigger Picture, The Dam Keeper, Feast Me and My Moulton, A Single Life

Visual Effects: Captain America: The Winter Soldier, Dawn of the Planet of the Apes, Guardians of the Galaxy, Interstellar, X-Men: Days of Future Past
Last Update: Jan 16, 2015 9:45 am
RELATED TOPICS